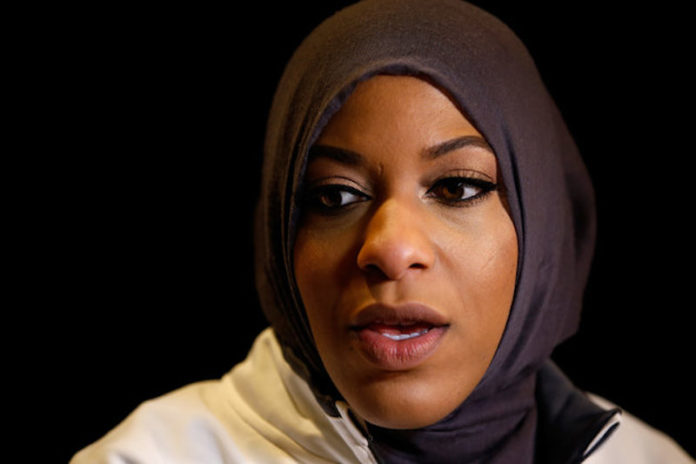 Ibtihaj Muhammad, an Olympic fencer for Team USA, has revealed that she was held at an airport by U.S. Customs and Border Protection a few weeks ago without explanation.

Muhammad, a U.S. citizen and the first American to compete in an Olympics wearing a hijab, told the website PopSugar on Tuesday that authorities detained her for about two hours. It’s not clear whether she was held after President Trump’s travel ban targeting Muslim-majority nations went into effect.

“I don’t know why. I can’t tell you why it happened to me, but I know that I’m Muslim. I have an Arabic name,” she said. “And even though I represent Team USA and I have that Olympic hardware, it doesn’t change how you look and how people perceive you.”

Muhammad, a native of Maplewood, New Jersey, won bronze in the women’s team sabre event at 2016 Olympic games. The victory made her the first female Muslim American to medal for Team USA.

Muhammad attempted to describe her emotions following the incident.

The Trump administration’s travel ban has been put on hold by a federal judge after a chaotic rollout and protests at airports across the country.

Muhammad’s comments were made following an appearance at the MAKERS conference. The fencer appeared with gymnast Gabby Douglas for a conversation about empowerment, representation and athleticism.