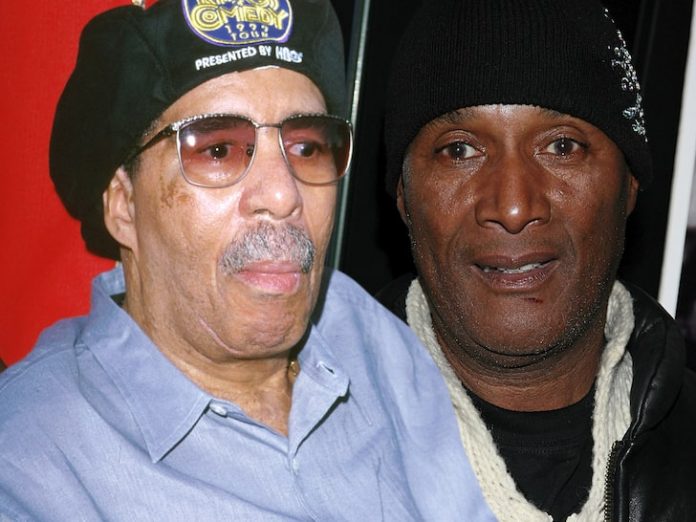 witter exploded yesterday after Richard Pryor’s former bodyguard Rashon Kahn said that Paul Mooney had a sexual relationship with Richard Pryor’s son. Richard Pryor Jr. was reportedly in his mid twenties at the time and Mooney was in his forties. Kahn is promoting a tell-all memoir.

According to TMZ, Paul Mooney’s publicist, Cassandra Williams, told TMZ, “There is no validity to Rashon Kahn’s statement as it relates to Mr. Paul Mooney.”

Kahn, who said he was also Pryor’s trainer, told the website Comedy Hype that the legendary comedian put a hit out on Mooney for $1 million and wanted him dead after learning of the alleged violation.

Kahn said, “Their relationship became fragile because Paul Mooney has f**ked Richard’s son by that time. He violated. Paul took advantage of the situation. There was a time where Paul Mooney was Richard’s friend. So when Paul did what he did it was a violation of friendship first, then ‘my son’. And in some circles that would be dealt with.”

Jennifer Lee, who was Pryor’s fifth wife when he died in 2005, wrote on Kahn’s video on Twitter writing, “It’s not my life, it happened to RP Jr. and since Rashon said this– and you want granular details, then go speak to him or Rp Jr.”

Pryor, of course, was not around to share his side of the story. He died in 2005. But one Twitter user pointed out that the story wasn’t a new one. Dart Adams seemed to imply the relationship between Mooney and Richard Pryor Jr. was consensual before deleting a series of tweets about the topic. One tweet that was not deleted said that Pryor Jr. was an adult at the time of his alleged relationship with Mooney.