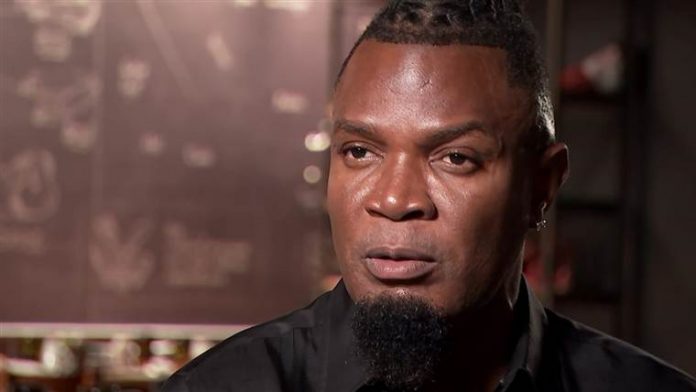 R. Kelly is out of a crisis manager after an interview with “CBS This Morning” went left.

But as Kelly is scheduled to appear in a New York courtroom next month on racketeering charges, his spokesperson Darrell Johnson will not be representing him.

“This has nothing to do with Mr. Kelly it’s for my (own) person(al) reasons,” Johnson told USA Today in a statement announcing he’s leaving the team.

The resignation comes after some controversial remarks he made on CBS’ flagship morning show on Monday about whether or not he’d leave his daughter with Kelly.

His answer took Gayle King, who previously interviewed an emotional Kelly, by surprise.

“Absolutely not,” Johnson said. “I wouldn’t leave my daughter with anybody that’s accused of pedophilia. Period.”

Asked by King if he felt that stance was contradictory, he remained firm.

“I wouldn’t leave my daughter with anyone,” Johnson replied. “I’ll say it again, (anyone) that’s accused of being a pedophile.”

Johnson also discussed the state of mind of the singer, who has maintained his innocence.

“Mr. Kelly’s a mess right now,” he states before later saying he’s worried about the star.

“I am concerned about Mr. Kelly,” he says. “I would assume at this point that he is [on suicide watch]. Mr’s Kelly’s a mess. I’ve heard read statements that he’s happy that this is going on, that he wanted to be at this particular place. That’s absolutely not true. Nobody wants to be locked down for 24 hours, no TV. He can’t read and write, so he can’t read a book. It’s almost as if a jury’s convicted him.”

He added that he was worried that Kelly could harm himself.

While Johnson is currently touted as a crisis manager, his exact title has been speculated about since he emerged as a member of Kelly’s team seven months ago.

Last week, The Associated Press referred to Johnson as Kelly’s publicist but he’s also been described as a spiritual advisor, as Nicole Blank Becker, who is one of Kelly’s attorneys handling the state sex crime charges, told USA Today.

However, in a since-deleted tweet, Steve Greenberg, another Kelly lawyer who heads his legal defense in Chicago, cleared up the confusion.

“To clear up any confusion, Darryl Johnson is a crisis manager who has been assisting us, and will continue to assist us. He is not a PR person, he is not a spiritual advisor. He has the full confidence of the defense team,” he said Monday.

Announcing that he would be stepping down, Johnson told USA Today he “should have worded it better” in regards to his comments on leaving his daughter with an accused pedophile.

He added he meant to say, “I would leave my daughter with Kelly because I do not believe he is a pedophile.”

On Monday evening, Greenberg posted a statement saying that Johnson no longer holds a title on Kelly’s team. The attorney revealed Johnson has “decided to take time off, for personal reasons, from his efforts on behalf of R. Kelly.”

Addressing whether Johnson would return, Greenberg said no further comment will be offered.