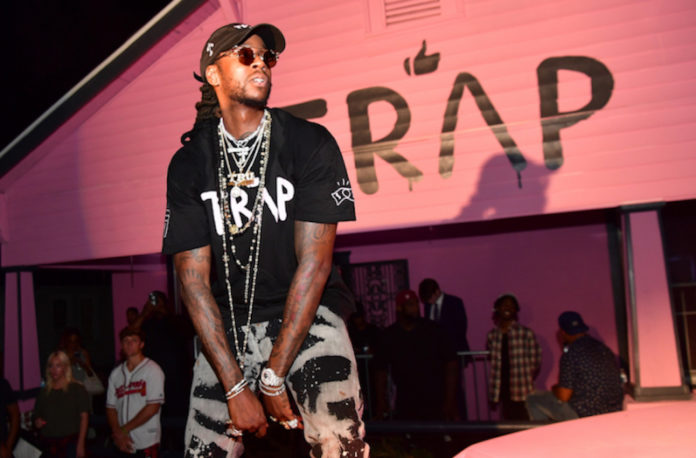 Chainz created the Pink Trap House in June, and it has been garnering national attention as people have flocked to Atlanta to see what many are calling the “first hip-hop monument of Atlanta.”

But on the Fourth of July, the Trap House was more than just a monument, more than even the art exhibit that it is daily. On Tuesday, 2 Chainz put up posters and partnered with Fulton County Board of Health, Atlanta AIDS and Test Atlanta in order to provide free HIV testing to anyone who visited the Trap Clinic during the holiday.

“Come get tested and know your status! By the way this is Free99,” 2 Chainz wrote on Instagram alongside a flyer advertising the event.

Fulton County Board of Health say they pulling up today!! Come get tested and know your status! By the way this is Free99

On Sunday, the Trap House had also been converted to the Trap Church, where 2 Chainz invited members of the community and activists to gather in order to encourage people to get involved in their local organizations.

The Trap House will remain up until July 7 and has featured art of Andre 3000, Tupac and other landmarks famous to the area. Originally, the property was a rental home before 2 Chainz flipped it and hosted a listening party for “Pretty Girls Like Trap Music.”