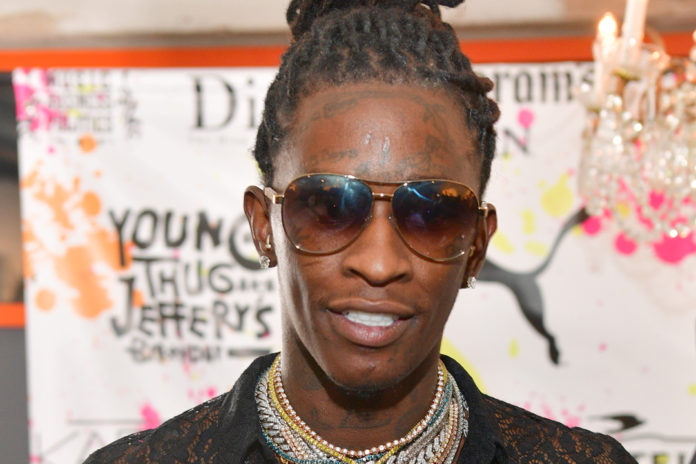 Fresh off the heels of yesterday’s disappointment of Charlamagne and his infatuation with Tomi Lahren, we have rapper Young Thug going out of his way to disrespect two Black women who worked at the check in desk at the airport. The women obviously didn’t want to be filmed and Young Thug, in a strange move that happened last week with Blac Youngster offering a cashier $10,000 to quit her job, Thugger followed suit, offering two airport employees $15k to quit. But he did it in a very patronizing way, calling them “ants, peasants, and burnt.” He called their hair nappy and at one point, used the word “African” as some type of insult.

Often, when we write about the latest stunt or shenanigan pulled by a Black man, directed at Black women, people ask us, me, why we care. The question is strange, really. Most people care when an attack is being lodged against them. And furthermore, that would never be the response to our outrage at incidents of racism. What they mean is, ‘why do you take this one man seriously? He’s not this…he’s not that. His opinion shouldn’t matter to you.’ What they fail to realize though is that not only do these men represent a larger group of men, who believe and behave like him. Rappers like Young Thug have influence. After all, Donald Trump was just one man. And look where we are today. Point is, with the prevalence of remarks made against us, we just need to start calling out folks—particularly men in our own community—when they do something to demean us. And that’s what happened on Twitter last night when the video surfaced.

…but it didn’t save him.

Young thug, a man with an entire head full of locs, teases a BW for her nappy hair. Welp, if that ain't misogynoir in action. 🙃