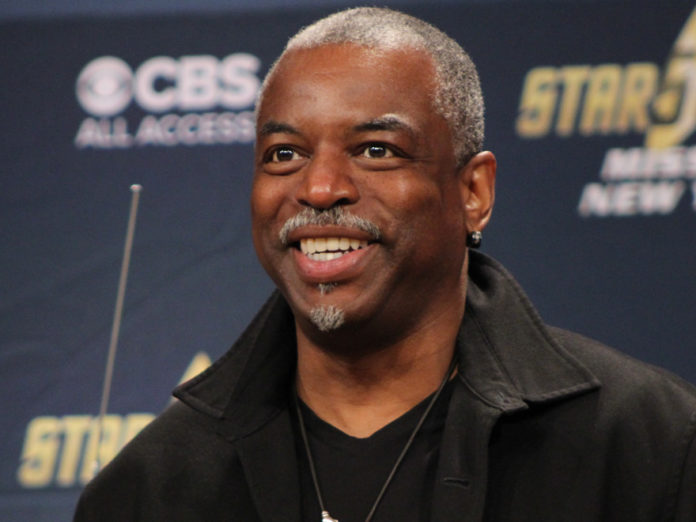 LeVar Burton, the iconic host of the children’s series “Reading Rainbow,” is being sued by the Buffalo, N.Y., PBS affiliate WNED for misusing trademarks to promote his children’s library mobile app.

According to THR, the complaint enters on allegations Burton misused several of the show’s iconic phrases such as “…but you don’t have to take my word for it,” for his “Skybrary by Reading Rainbow” app and new podcast. WNED identified itself as a co-creator of “Reading Rainbow,” and describes having exclusive rights to the series’ associated intellectual property and logo.

The lawsuit demands that Burton be judicially stopped from using the show’s catchphrase on his new podcast, LeVar Burton Reads.

“Reading Rainbow” ran on PBS between 1983 and 2006 and was hosted by Burton — best known for his roles as Kunta Kinte in “Roots” and as Geordi La Forge on “Star Trek: The Next Generation.”

Although this is a new lawsuit, WNED and Burton’s RRKidz have been in court with each other for more than a year over a 2011 licensing deal, per THR. According to court papers, RRKidz obtained a license from WNED to use intellectual property related to the show. The deal represented a “divide and conquer” approach to the revivial of “Reading Rainbow.” RRKidz would take over digital distribution of the series while the broadcaster would focus on making new episodes. Profits were to be split.

WNED said they were blindsided in 2014 when Burton launched a Kickstarter campaign to raise money for the show’s revival and raised $6.5 million. The situation worsened when “RRKidz, along with The Jim Henson Co., began secretly negotiating with Netflix for a new Reading Rainbow series.”

RRKidz responded to the allegations by noting that “the Netflix discussions pertained to an original concept and not Reading Rainbow.”

Nevertheless, WNED informed RRKidz that the licensing agreement had been breached. Their 2011 battle has now resulted in a second lawsuit against Burton and his company. This one discusses how in June, Burton launched Levar Burton Reads, a podcast where he narrates short stories. The complaint quotes what happened 48 seconds into the first episode:

Female Voice: Let’s talk about…
Burton: Why I want to do a podcast?
Female Voice: Yeah, let’s talk about that.
Burton: Yeah, yeah. Well here’s the thing: People have asked me, um, for years and years and years, when are you going to do a Reading Rainbow for adults? And it’s always been something that’s on my mind so I wanted to address that, I wanted to address a Reading Rainbow for adults.