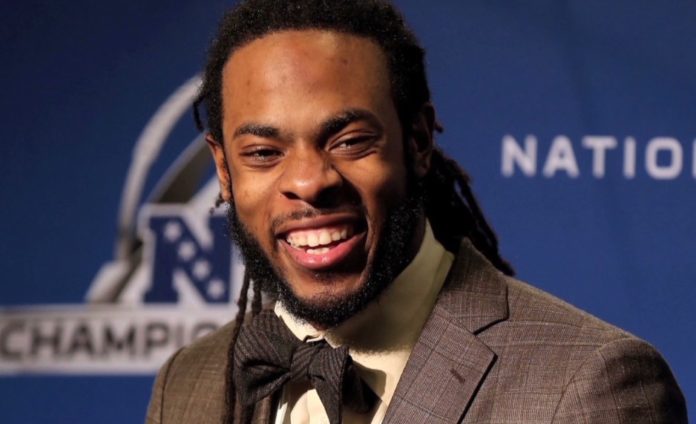 When it comes to raising academic standards, Richard Sherman is a man of his word.

Last year during a charity dinner in support of the Excel to Excellence Foundation, the Seattle Seahawks cornerback promised a Virginia high school junior that if she made the honor roll, the NFL star would personally fund her college tuition.

“At the dinner when Richard Sherman came to me about the scholarship, I was in shock,” James told the Richmond Times-Dispatch. “I believe I said ‘Really?’ for reassurance,” James said. “I just felt so blessed to have been given the wonderful opportunity.”

James went on to add that she has decided to attend Norfolk State University with plans to study business.

The charity event was a part of the Excel to Excellence Foundation, founded by Sherman’s former teammate, Michael Robinson. Founded in 2010, the organization’s mission is to improve the lives of children through various programming efforts including a youth football camp and academic programs, according to the organization’s website.

“It goes back to knowledge is power and if you have the knowledge you’re going to be as powerful as you ever want to be,” said Sherman told Richmond Times-Dispatch. “Nobody stops anybody from reading and educating themselves. Mike is only trying to empower these kids to be everything that they can be and if we can help with that with our presence, with our (autographed) jerseys (for an auction), with our words, we’ll do everything we can.”

In 2015 Sherman’s contributions, which include mentoring high school students, donating to families in need, and helping students in low-income communities, earned the NFL star the Walter Payton NFL Man of the Year Award for his “significant positive impact” on his community.