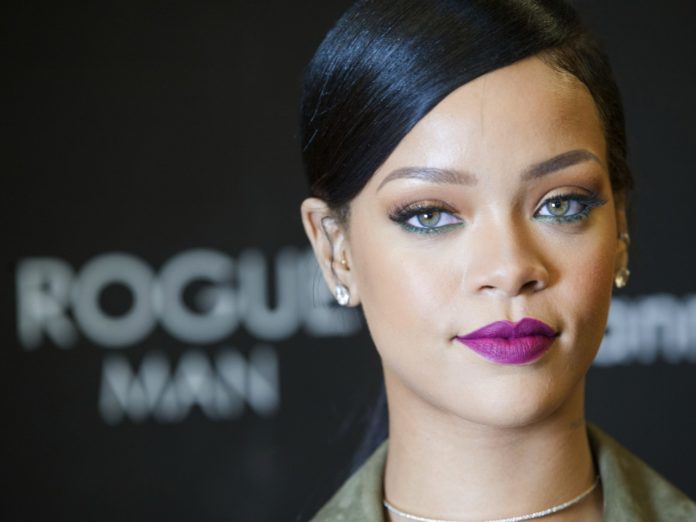 Yesterday, the Grammy nominations were announced, and while Rihanna scored eight, including Record of the Year for “Work,” the singer was left out of the competition for Song of the Year and the coveted Album of the Year award for Anti. While it’s definitely an honor to be nominated, fans of the singer weren’t feeling the idea of Ri being left out of such major categories. After some questionable social media activity, it appeared that neither did Rihanna.

As pointed out by TheShadeRoom, Rihanna liked a post by a fan page that stated that she was likely snubbed to keep her from being “tied or passing someone else,” alluding to that someone else being Beyoncé.

#Rihanna liked this picture 👀 #Roommates do you think #Rihanna was snubbed?

Rihanna ended up liking the image. But as soon as the stories started to pop up that the Bajan beauty may have been throwing shade at Bey, she refuted the idea that she was coming for anyone. She also said that people need to stop always trying to pit her against Beyoncé. There’s room for more than one Black woman to shine at a time:

#RiRi responds under the picture she liked that had the #Beyhive and #Navy going crazy to clear things up. #Grammys #Beyonce #Rihanna #Anti #Lemonade

While I doubt it will keep anybody from putting an end to this obsession of wondering about whether or not both singers make certain moves in an attempt to overshadow the other, I think it was a necessary point to make. However, Rihanna has tried to shut down rumors of a rivalry between the women in the past to no avail.

“Here’s the deal. They just get so excited to feast on something that’s negative,” Rihanna told Vogue earlier this year about those who say they have beef. “Something that’s competitive. Something that’s, you know, a rivalry. And that’s just not what I wake up to. Because I can only do me. And nobody else is going to be able to do that.”

It’s just a given that because they’re two of the biggest stars in music, people would try and pit them against one another. But it’s interesting considering that these same conversations about who is attempting to overshadow who only occurs with Beyoncé and Rihanna, and not with Bey and Rihanna versus other top female musicians, including Adele, Katy Perry and Taylor Swift. So she has a good point…