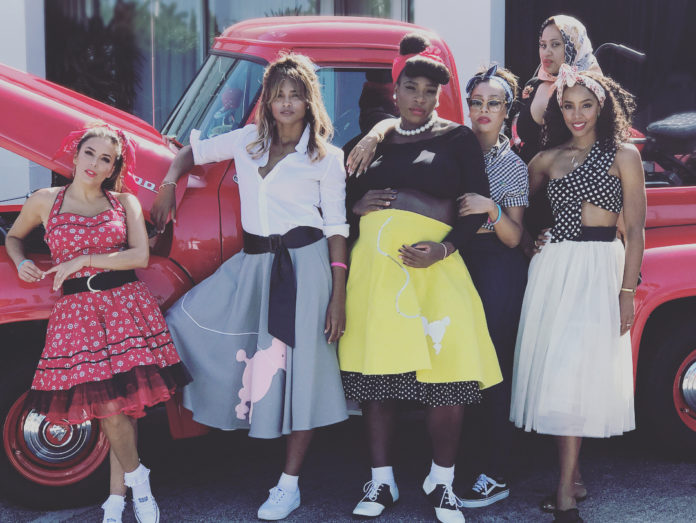 Serena Williams and her squad celebrated the tennis star’s upcoming childbirth by having a ’50s-themed baby shower that included poodle skirts and throwback hairstyles.

“When you and your crew go so far back to the 50’s. Even they had your back,” Williams wrote on Instagram, along with other Instagrams posted by Ciara.

In April, Williams announced that she and her fiance, Alexis Ohanian, are expecting their first child. Although Williams said the announcement was an accident that happened when she posted a photo on Snapchat, she eventually confirmed that she was, in fact, pregnant.