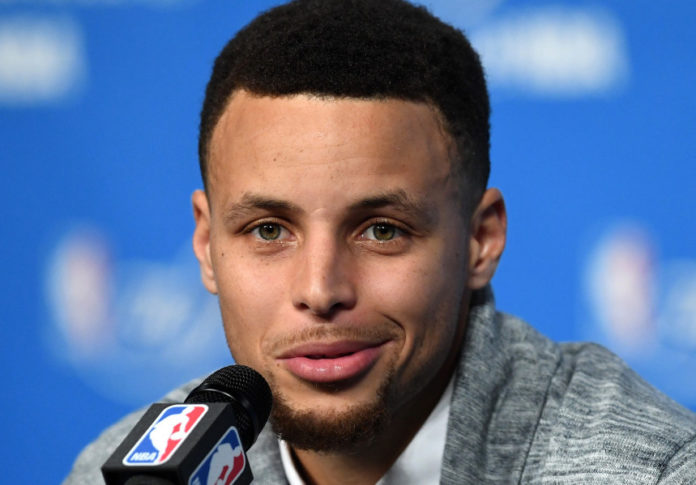 Under Armour CEO Kevin Plank may want to think about his support of President Asshat or run the risk of losing the company’s biggest spokesman. On Tuesday Plank endorsed President Asshat, calling him an “asset” to the country.

When Stephen Curry was asked about Plank’s comments, he said, “I agree with the description, if you remove the ‘et’ from ‘asset,’” the Mercury News reports.

Curry has been quiet on the political front, but when politics came to his back door, at least he answered. Under Armour has built its brand using the only two-time back-to-back MVP as its star endorser, and as such, the company was quick to try to make sure Curry was comfortable.

“I spent all day yesterday on the phone with countless people at Under Armour, countless people in Kevin Plank’s camp, my team, trying to understand what was going on and where everybody stood on the issue,” Curry said.

Plank reportedly noted that his compliment of Asshat was only on a business front and not a sociopolitical compliment. Under Armour also released a statement Wednesday clarifying Plank’s position, according to the Baltimore Sun.

Curry added that no amount of money would lead him to compromise his beliefs, and as long as Under Armour doesn’t adopt Trump’s values, he can continue his deal with the company.

“There is no amount of money, there is no platform I wouldn’t jump off, if it wasn’t in line with who I am,” Curry said, the New York Daily News reports. “ … It’s a fine line, but it’s about how we’re operating: how inclusive we are, what we stand for. He’s the president. There are going to be people that are tied to them. But are we promoting change? Are we doing things that are going to look out for everybody? And not being so self-serving that it’s only about making money, selling shoes, doing this and that. That’s not the priority. It’s about changing lives. I think we can continue to do that.”