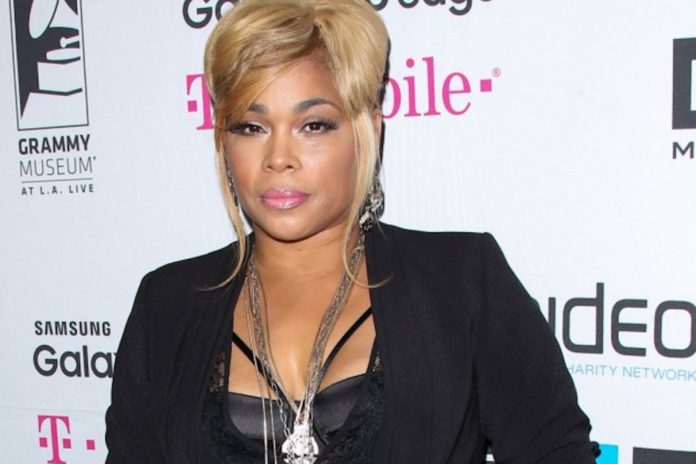 Following the sudden death of rapper Prodigy on June 20, at the young age of 42, TLC’s T-Boz has taken to social media to share her emotions about him dying from the same health condition she is battling — sickle cell anemia.

She fired off a series of tweets about the lack of attention given to the disease — both in the health industry and mainstream media.

Prodigy’s publicist released a statement on the day of his passing stating that just “a few days ago in Vegas after a Mobb Deep performance for complications caused by a sickle cell anemia crisis. As most of his fans know, Prodigy battled the disease since birth.”

The biggest shocker came when she revealed that she also almost died a few times from sickle cell and kept it from the public. @TheRealTBOZ: I tweaked My Back 2Day so been later out 2Day!!! It Saddens me to hear about #Prodigy My ❤️& prayers go out to his family! I’ve been trying My BEST to Raise Awareness & Find A Cure With not much Help from those like the SCDAA who should be utilizing artist like me with a platform. We have to be our own ADVOCATES Regardless of those who don’t support have no compassion or understanding of this deadly disease.

I HATE it takes the death of a celebrity to bring even more notice to something I talk about almost in every interview for 25years.

“#BLM THIS disease is PREDOMINATELY an African American Disease so Black Lives Have Mattered over more than just one topic or issue. WE NEED TO SUPPORT 1 ANOTHER OVER ALL compassion for people as HUMAN BEINGS not objects and lab rats but help to FIND A CURE SAVE OURSELVES.”

“Lastly I will continue to spread the word I HOPE THIS WILL URGE MORE OF U TO HELP ME DO SO!!! I also opened up in my book about it for the 1st time ever and this is one of the reasons why!!! People have NO IDEA HOW UGLY THIS DISEASE IS! Adults and children die allllll the time. But you NEVER hear about it! Doctors FONT UNDERSTAND THIS DISEASE THEY TREAT US LIKE CRAP IN THE ER AND HOSPITAL anyone can read a book and recite it bk but that doesn’t mean u are KNOWLEDGEABLE ABOUT SICKLE CELL WAKE UP ITS A PROBLEM. With that being said I’ll stop my rant but ITS SERIOUS and SOMETHING HAS TO CHANGE FOR US SICKLERS WE NEED ALLLLLL THE HELP WE CAN [GET].”

“Also IM TIRED OF PEOPLE SAYING MONEY CAN [BUY] THINGS LIKE WHAT????? U CANT BUY KNOWLEDGE SO THERES STILL NO CURE STOP AND EDUCATE YOURSELVES. And sadly if you hv SC and over 40 at this time your F*cked because they only try to help the babies WHICH IS A BLESSING but I want to raise. My children THEY NEED ME AND I NEED THEM!!!! I ask my doctor ALL the time and he says their some trying to still figure it out but KNIW that we want to LIVE!!!! GOD has seen me thru. So much! This is WHY I started #TbozUnplugged to 1.Raise Awareness 2.Find a Cure a solution a something I’m fighting for myself as well as U.”

She added: “So you know THIS fight for me is soooooo REAL! Chase & Chance are my LIFE and I can’t tell u how many times I almost didn’t leave the hospital and almost died I don’t tell cuz I don’t want pity BUT I will tell my story now if this will help somehow some way. There’s MONEY IN MEDICINE THEIR TOO [BUSY] WITH MOST DISEASES TREATING SYMPTOMS AND NOT FINDING THE CAUSE!!!! #FACTS”

“It’s a death sentence for a lot of people. Awareness has to be raised. You can get tested before you even choose to have a child,” she said in an interview at the time. “It’s predominantly an African-American disease, but it originated from the Mediterranean area.”

T-Boz urges everyone to get tested for the disease, which can be deadly.