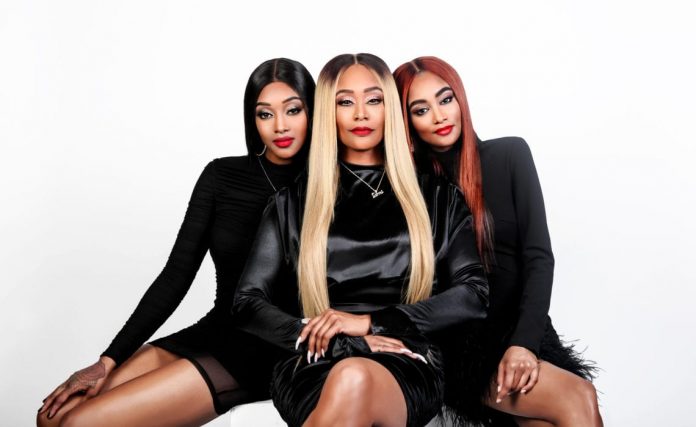 Tami Roman has been questioned about why she apparently doesn’t hang out with younger daughterJazz Anderson, but that talk has now been quelled thanks to a recent photo-op.

Roman and Anderson, along with the “Basketball Wives” star’s older daughter Lyric Anderson, all hit the red carpet this weekend in support of Roman’s new business venture. Roman is launching another collaboration with designer Jessica Rich, who helped helm Roman’s shoe line that debuted earlier this spring.

“Nothing like family ❤️❤️ @jazzanderson @lyricchanel I am Wonder Woman! I can do all things through Christ who strengthens me 🙏🏽,” Roman captioned the family pic, which she shared to her Instagram account Saturday, May 11.

Immediately, fans ate up seeing Roman with both her daughters, whom she hasn’t been publicly photographed with together in some time.

“Beauitful ladies always. I just love seeing you all together.”

“Ummm can we say triplets you all are very BEAUTIFUL, AND GORGEOUS, AND BY THE WAY TAMIROMAN HAPPY MOTHER’S DAY.”

It wasn’t just the recent red carpet moment the mother and daughters got to share, either. Just in time for Mother’s Day, the family celebrated their joint cover of Delux magazine.

“On the cover of @deluxmagazine this Mother’s Day❤️ Family First 🌹 I couldn’t have asked for better when I was growing up ❤️✔️ Thank you mom and thank you God for them😇” Lyric captioned a photo of the cover.

Her sister, Jazz wrote on her own page,”#happymothersday to my mom @tamiroman. On the cover of @deluxmagazine ❤️”

The 49-year-old mother and her 22- and 24- year old daughters attended the Rich x Roman event ahead of Mother’s Day. Weeks earlier, Roman had been posting promos for the VH1 special, “Dear Mama,” in which celebrities celebrate their mothers.

One such promo left some of Roman’s followers wondering why she hadn’t been seen with Jazz.

“But where is jazz.”

“You always with this daughter where is the rapper daughter 🤷🏾‍♀️”

The latter remark spurred a simple response from Roman, who brought up her daughter’s career saying she’s “making rap songs 😂😂.”

As for how Roman spent her Mother’s Day, she told Delux what her daughters had planned for her.

“My daughters know that I work so much so they know for Mother’s Day, that means doing nothing,” she said of her low-key plans. “Laying around the house and lounging with them, we may order some food in and curl up in the bed and watch Netflix and binge watch all the shows that I’ve been missing. They will lay in the bed on Mother’s Day and do that with me during the day. … For us, family time is the best time, so holidays are usually quiet and simple for us and we’ll just lay in the bed and I’ll be mommy again for a day and baby them while they love on me.”