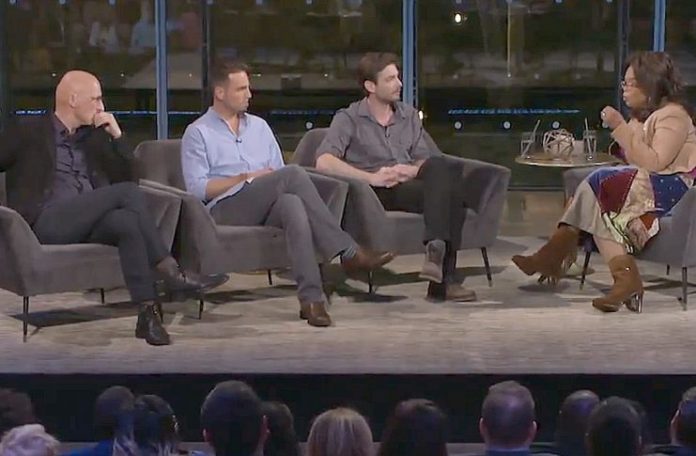 The Jackson family has been publicly denying the allegations of sexual abuse against Michael Jackson for years. With the recent release of the HBO “Leaving Neverland”documentary they’ve been even more vocal and diligent about protecting MJ’s legacy.

Taj and Brandi Jackson, Michael’s niece and nephew, tell the Tom Joyner Morning Show crew that the documentary is nothing but lies.

Taj says the documentary is based on “lies that are pretty much 20 years old.” He calls it “propaganda,” because the film is extremely “one sided,” and urges people to check their facts. “If you can watch a 4 hour documentary you can google and look up these guys,” he says.

Brandi dated one of the accusers, Wade Robson, when they were pre-teens in the 90s, and says it “started off as a young puppy love situation” and lasted about 7 years. Being that she was so close to Robson she says, it was “quite clear” to her when he was lying throughout the documentary. She insists that she could spend “hours tearing that timeline apart.”

According to the Jacksons, the Robson family is known for being untruthful and “opportunists.” They also feel that the interview that Oprah conducted with the accusers was the “ultimate betrayal,” suggesting that she too is an opportunist.

Taj Jackson says he’s working on a documentary to refute the claims against his uncle.