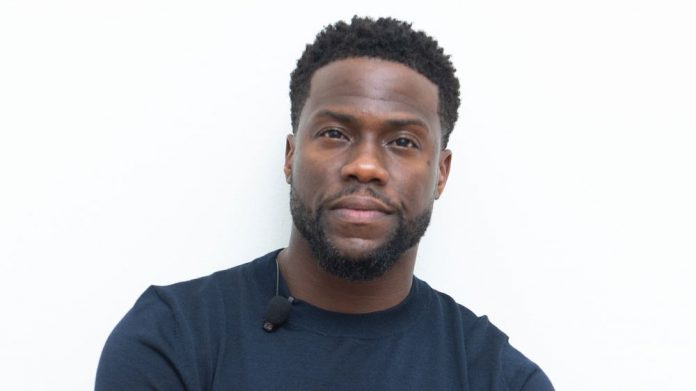 It’s been five months since Kevin Hart was in a serious car crash that left him with spinal fractures that required surgery.

It happened in Malibu, California, on the Mulholland Highway when Hart was in the passenger seat of his 1970 Plymouth Barracuda. His friend, Jared Black, who was driving, was also severely injured. Black’s partner Rebecca Broxterman was in the backseat, but was generally okay, the Atlanta Black Star reports.

In a newly published interview with Men’s Health, Hart spoke about the accident and how it’s changed him.

“It’s a resurrection,” the actor described. “That’s the best way for me to put it. I feel like the other version of myself died in that moment and this new version was born to understand and to do better. Sometimes you’re not going to get it when you’re supposed to get it. But when it comes and that light bulb goes off, holy f–k.”

Hart — who said he doesn’t remember anything about the accident — is certainly doing much better these days, but he was still attending physical therapy sessions at the time of the interview.

Plus, there was a period after the crash that Hart had to stay put and take time off from his busy work schedule. But during that break, he realized that his priorities were all wrong.

“I got a chance to think about what matters, and it’s not fame, it’s not money, it’s not jewelry, cars or watches,” Hart explained. “What matters are relationships. You know, the people that were helping me get up and out of the bed.”

“The biggest realization came from something somebody told me,” he added. “ ‘You can’t be married to your career and date your family.’ That blew me the f–k away.”

The 40-year-old Hart said he’s still addicted to work but will “struggle” to find balance between career and family. Hart also said he’s “on the road to becoming the best version” of himself these days.

In regards to the balance he’s seeking, the “Jumanji” actor said he’ll create more space between films and will leave work early enough to greet his children when they get home from school.

“Honestly, there’s a lot that I wasn’t doing,” Hart admitted. “Now I’m doing a lot of little things that are important. I’m sitting with the kids before and after dinner. We are doing taco Tuesdays, Mexican-food Thursdays, Chinese-food Sundays. We got movie night twice a week. Now I’m walking my f–king dog. I’m picking up dog sh-t.”