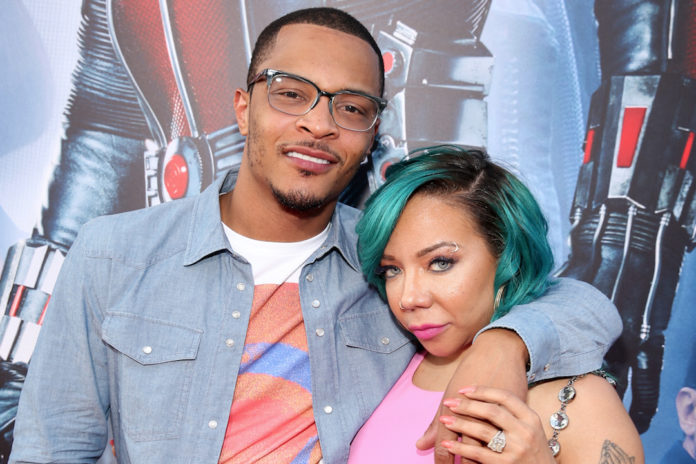 TMZ reports that after six years of marriage, Tameka “Tiny” Harris filed for divorce to T.I. earlier this month in Georgia’s Henry County.

The couple began dating in 2001 and have two sons and one daughter (King, Major Philant, and Heiress Diana) together, in addition to T.I.’s three children (Messiah, Domani and Deyjah), and Tiny’s daughter (Zonnique Pullins) from previous relationships.

There have been rumors and a string of unconfirmed reports in the last few months that the couple was headed toward splitsville.

T.I. addressed the rumor mill in July by posting on Instagram: “Lies will be told…. But the Truth will be seen!!! I feel no need to address gossip or respond to peons.”

Lies will be told…. But the Truth will be seen!!! I feel no need to address gossip or respond to peons. With all that's going on in the world… We're happy to offer an alternative view of our people. Every Monday night 9pm VH1!!!! #FamilyHustle #Season5 Fu*k what u heard, it is & always will be… #FamilyHustleOverErrrrthang @majorgirl @zonniquejailee @princess_of_da_south @king_harris_8 @domaniharris1 @phase_4 #NoIGMajor #HeiressDiana ALL MINES!!!! Like it or not…WE ARE THE HARRIS'!!!! Professional Sh*t Kickers Spillin Sauce for a living. Join us won't U… Lol