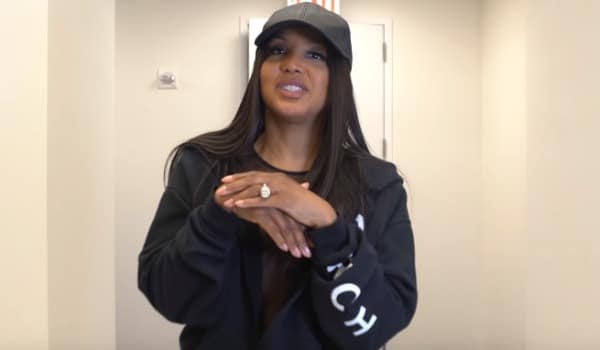 A breakup and now an issue with personal income taxes.

Those are two major challenges that Toni Braxton is dealing with in the new year, after it was reported that she owes a whole bunch of money to the federal government. The news comes days after her engagement with Birdman was called off as well.

According to The Blast, the Internal Revenue Service filed a tax lien against Braxton on December 4 and said she owed $340,252.99 in back taxes. And in the same week, the site reported, the state of California slapped her with a tax lien for another $116,154.65. All together the singer has to cough up a whopping $456,407.63.

At this point, California and the IRS have told Braxton if she doesn’t pay the tax debt quickly they will begin to seize her property.

This is the second tax lien the “Un-break My Heart” singer faced in the past year. In March of 2018, the IRS and state of California said she owed back taxes in the amount of $780,808.29.

Plus, the Maryland native filed for bankruptcy in 1996 when her career was still pretty hot and did the same in 2010. In 2014 a judge removed much of Braxton’s debt, after she missed a string of shows because of health issues related to her lupus condition.

After hearing the news of the tax lien and break up, a lot of fans said they felt bad for Braxton and left encouraging words on her Instagram page.

“Love you, Toni with your beautiful voice,” someone wrote. “You’ll be fine.”

“Toni Braxton, you will always be the best,” wrote another.

The singer hasn’t commented on the new tax lien yet.