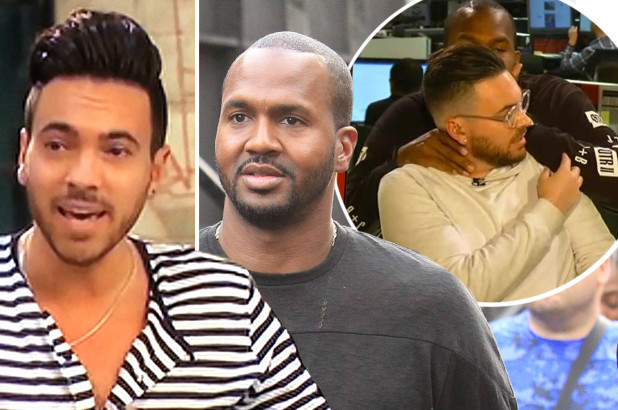 Van Lathan was one of the few Black voices on TMZ‘s TV show for years. That all changed when he was reportedly fired recently. According to Page Six, the veteran TMZ personality was terminated because of an argument with one of his co-workers whose views have been accused of being conservative. Now Van is speaking out.

The 39-year-old got into a “nasty” confrontation about politics with Michael Babcock. “We’re told that the pair appeared on the site’s online show ‘TMZ Live’ together about a week and a half ago and had some kind of disagreement. The on-air face-off has been edited out, we’re told, but sources say they were sparring over politics, which has increasingly come between them,” the outlet reported.

Allegedly, Lathan “confronted” Babcock in the newsroom after the segment and said there would be trouble if he “ever embarrassed [Lathan] like that again.” Citing inside sources, Page Six also reported that “Lathan met with the site’s attorneys and he was suspended. He was dismissed a few days later, we’re told.”

An insider reportedly defended Lathan by saying “in the site’s high-pressure newsroom, staffers are often pitted against each other for the sake of making good TV.” The insider added, “Van’s not mean-spirited. Anything that happened is a product of that environment.” Sources were reportedly “stunned” that he was fired.

Page Six reported that it reached out Lathan for comment and he did not respond. The site reported that Michael Babcock hung up on when called.

That said, Lathan is fine. He wrote on Twitter, “I’m okay. Promise you guys. Seriously.”

The creator of TMZ, Harvey Levin, has long been accused of being a Trump supporter. Back in July, The Daily Beast reported the two are close friends, “More than a dozen former and current TMZ employees described the site’s pro-Trump transformation during the election under Levin, which they say destroyed newsroom morale and led to the departure of several key staffers.”

One staffer allegedly said about Levin, “He was excited at the prospect of Trump becoming president. He wanted Trump to win because he wanted to know someone in the White House.”

Fortunately, Lathan’s talent goes well beyond TMZ. We are sure big things are in his future.