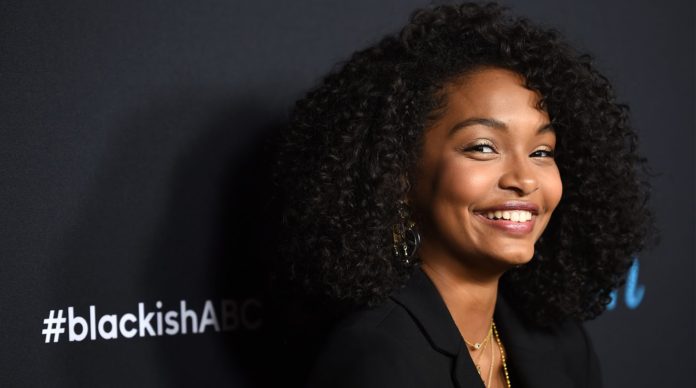 The 18-year-old star, who was accepted into every college and university she applied to, posted a picture to Instagram on Wednesday proudly sporting a Harvard University sweatshirt.

It came with a caption that included a moving quote from a black literary legend: “The paradox of education is precisely this ― that as one begins to become conscious one begins to examine the society in which he is being educated. ~ James Baldwin #CrimsonPride,” Shahidi wrote.

"The paradox of education is precisely this – that as one begins to become conscious one begins to examine the society in which he is being educated." ~ James Baldwin #CrimsonPride

Shahidi, who is effortlessly dope at almost everything she does, revealed in March that former first lady Michelle Obama wrote four college recommendation letters for her, including for her application to Harvard. Obama once attended the Ivy League institution (she graduated from Harvard Law School) ― and her daughter Malia will be attending this year.

Similar to Malia, Shahidi, who previously said she plans to double major in sociology and African American studies, said she is considering taking a year-long break before beginning at Harvard to work and better prepare for her future.

“I know when Malia Obama announced [she was deferring], she got a lot of slack, but I feel like what’s interesting is I know so many people that are deferring,” she told People. “It’s more than to just roam around or just sit down and stare at a wall, but it will also give me an opportunity to work.”

“I’ve been working more than half of my life and that’s always been balanced with school and all of the other responsibilities,” she added, “so to have a year to focus on work and to focus on specified interests will be nice before I pick a career and choose what I want to study and my life path.”

The gap year could help considering Shahidi’s busy schedule. In addition to starring as Zoey in “black-ish,” she is also constantly speaking out against social injustices, actively encouraging young women to thrive and working on her very own spin-off showthat will explore Zoey’s life at college.