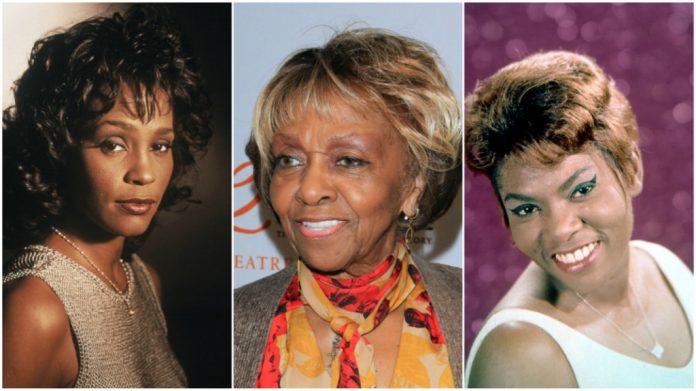 In the new documentary Whitney, several sources reveal that Houston and her older brother Gary were both molested by their cousin Dee Dee Warwick. The incident occurred when Cissy, who was traveling the country with her music career, left her children in the care of Warwick, her niece.

In an interview with People, Houston’s remaining family members share their thoughts on the revelation.

A statement on behalf of both Cissy Houston and Dionne Warwick reads:

“We cannot overstate the shock and horror we feel and the difficulty we have believing that my niece Dee Dee Warwick…molested two of my three children…Neither Whitney nor Dee Dee are here to deny, refute or affirm…How can that be fair to my daughter, to Dee Dee, to our family?”

The claim came not only from Houston’s brother by from Whitney’s longtime assistant who said that Houston told her what happened and even asked, “Do you think I did something to make her think I wanted her?”

While members of the Houston family have a problem believing it, Jones stands by her decision to share this information.

“I was close to Whitney, she confided in me and I struggled tremendously deciding whether to share this secret or keep to myself. I deeply love and respect Dionne, Cissy and their entire families, and my intention was never to embarrass anyone in the family, but rather to bring to light that Whitney was subjected to something painful and troubling as a child. And it’s something that happens to other innocent kids and goes unspoken too much. I decided to share the story so that people might understand that throughout her entire life Whitney carried this with her, and the weight of it was immense. Whitney was a wonderful woman, an angel, and she did not drag herself down all alone—there was a cause.”

It’s a real shame that the statement from Dionne and Cissy cast so much doubt on Whitney’s claim, preferring to express confusion rather than belief from the claims of not only Whitney’s assistant but from her living brother as well. We can ask ourselves about Whitney’s decision not to share the violation with her mother and family members. But with this type of reaction in 2018, when we know of the prevalence of sexual assault, I can’t imagine what this type of admission would have been met with in the past, when Whitney was a child or a grown woman.