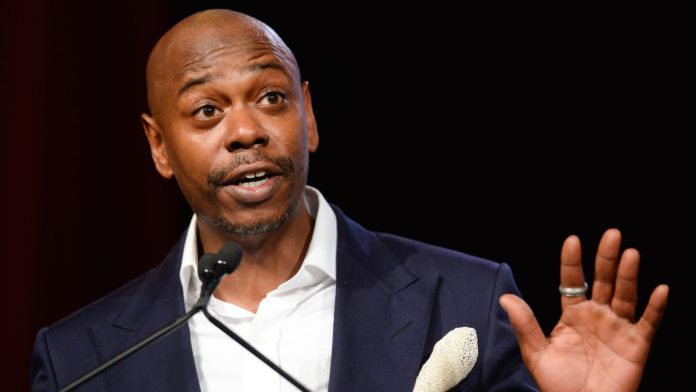 In a new comedy special called 8:46, comedian Dave Chappelle addressed the police killing of George Floyd in Minneapolis as well as the nationwide protests that followed.

The special was posted to Netflix’s YouTube page early this morning.

Filmed in Beavercreek, Ohio the special was shot in front of a socially-distanced, mask-clad audience. Attendees had their temperatures taken and were seated outdoors.

“This is weird and less than ideal circumstances to do a show,” Chappelle started. He said that he was proud of protesters, particularly young people. The comedian noted that the special is the first to be recorded since the end of the national lockdowns during the ongoing coronavirus pandemic.

The title of the special was titled after the length of time that Minneapolis police officer Derek Chauvin kept his knee on Floyd’s neck resulting in his death.

“This man kneeled on a man’s neck for eight minutes and forty-six seconds,” Chappelle shouted, “Can you imagine that?”

The first actual joke was about Don Lemon who called out celebrities to speak out about police brutality.

“This is the streets talking for themselves, they don’t need me right now. I kept my mouth shut. And I’ll keep my mouth shut. Don’t think my silence is complicit,” Chappelle said, adding, “Why would anyone care what their favorite comedian thinks after they saw a police officer kneel on a man’s neck for 8 minutes and 46 seconds? I can’t get that number out of my head.”

He went on to say another interesting fact: he was born at 8:46 in the morning.

In the description of the video is a message from Chappelle, “Normally I wouldn’t show you something so unrefined, I hope you understand.” The comedian included a link to the Equal Justice Initiative.