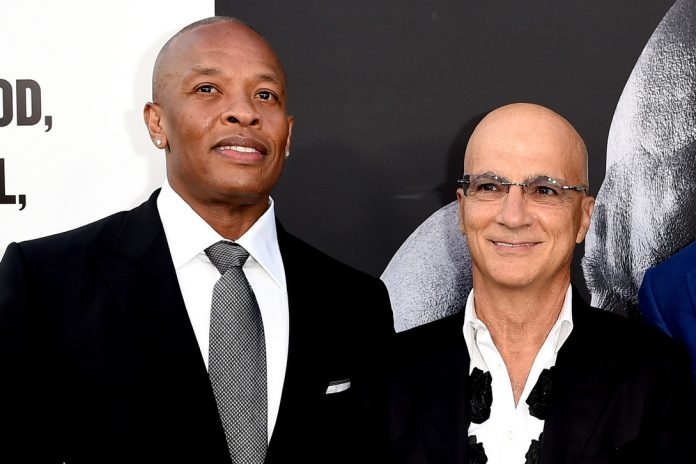 Music producer Dr. Dre and his business partner Jimmy Iovine are trying to beat a case against an entrepreneur who claims they owe him royalties.

According to Billboard, Steven Lamar claims that he introduced the idea of a celebrity-branded pair of headphones to Dre and Iovine in 2006, which were designed by industrial engineer Robert Brunner. Lamar and the business duo had creative differences, and he later sued them for breach of contract. In a settlement, Lamar received 4 percent royalty for every headphone sold.

However since the settlement, Dre, whose real name is Andre Young, and Iovine have redesigned the Beats by Dre headphones and sold the company to Apple for a reported $3 billion.

Early on, a trial judge rejected Lamar’s claims, but in Sept. 2016, a California appeals court begged to differ. It decided that the original contract was “ambiguous” and it should be left to a jury to decide if Lamar has been stiffed by the duo.

Dre and Iovine insist that there is no way they could have anticipated the remarkable success of the headphones or that a redesign would be needed. Lamar said that’s not true and he presented a PowerPoint presentation with various versions of the headphones and evidence that they were in talks of a “line of headphones.”

A Dre by any other name

Dr. Dre is still out there fighting cases and obviously didn’t has not learned a thing after losing a lengthy legal battle to a gynecologist for the trademark of his name.

According to reports, Dr. Draion M. Burch, (aka, Dr. Drai), of Pennsylvania, won a lawsuit after spending three years in litigation over his desire to trademark his name.

Dr. Dre reportedly took issue with the OBGYN’s attempt to trademark his name due to the notion that fans may be confused by the similarity to his own.

Burch, who is the author of several books, including “20 Things You May Not Know About The Vagina,” insisted that the music mogul’s argument was moot and made it clear he had no desire to attach himself to the rapper and producer known for “misogynistic and homophobic lyrics” and testified that the association would be “a bad reflection on me as a doctor.”

“Dr Dre is not a medical doctor nor is he qualified to provide any type of medical services or sell products specifically in the medical or healthcare industry,” according to documents obtained by the BBC.

“I was just appalled how someone would think that I wanted to be them and I actually went to medical school.”