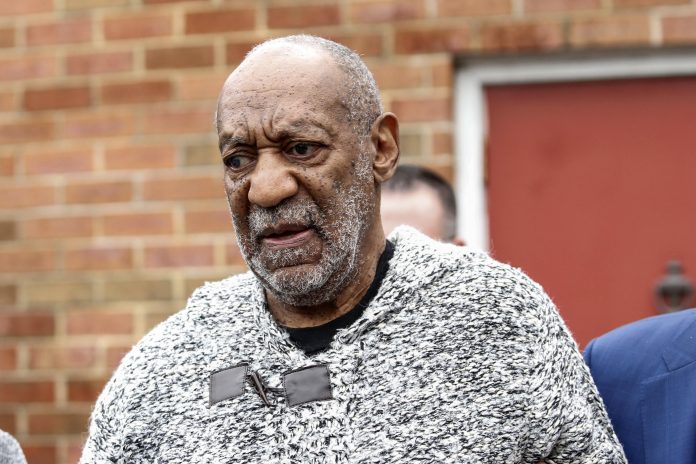 Bill Cosby’s lawyers are still demanding he be released from prison, or at the very least, have his 3 to 10-year prison stint reduced.

In a brand new court filing, former Montgomery County District Attorney Bruce Castor confirmed that the civil depositions used to convict Cosby should never have been used, per blackpressusa.com. The comedian also agreed to waive his Fifth Amendment rights and sit for queries knowing that the documents would always be kept private, the report states.

Castor said his agreement with Cosby was that no future District Attorney could use them as a tool to prosecute the disgraced comedian.

With the new information, Cosby’s lawyers immediately filed a petition demanding that their client is released from prison.

They also renewed calls for Judge O’Neill to recuse himself from the case.

Considering this new information, Camille Cosby released a statement, which read, “Before being sentenced for a crime he did not commit, Bill Cosby filed a motion demanding that Judge O’Neill provide a full accounting of his longstanding feud with and bias against Bruce Castor.”

The statement continued, “The motion explained that Mr. Cosby, after the feud was disclosed in an unsourced tabloid article, retained a former FBI agent to investigate the judge. The former agent discovered that there was in fact a longstanding feud between the two that dated back to a 1999 political campaign for DA. … The judge’s self-serving order, preventing as it did the testimony of Mr. Castor, successfully kept the truth from being disclosed not only in his courtroom but also in the court of public opinion.”

To prove the feud, Camille retained former prosecutor Brian Perry, who interviewed Castor and got him to sign a notarized affidavit confirming Judge O’Neill’s longstanding bias against him.

Here’s what he has to say…

“In or about January or February of 1999, at the Upper Moreland Township Building in Willow Grove, I engaged in a debate against Steven T. O’Neill,” he said.

“The next morning, I received a call from Montgomery County Republican Party Chairman Frank Bartle, who indicated that he had just received a call from Bill Donnelly, a key supporter of O’Neill’s campaign and the political leader of the party that encompassed Upper Moreland Township.

“Mr. Donnelly informed Mr. Bartle who relayed it to me that he, Donnelly, thought placing the female assistant District Attorney in the front of the debate to distract O’Neill was playing dirty politics.

“I responded that no one on the campaign had anything to do with the female’s attendance at the debate, and that was the first time I learned O’Neill was having or had an affair with the female assistant District Attorney, who worked in my office.”

The feud came to a head when Castor and group of friends attended a political event in Harleysville, Pa.

“Our group encountered O’Neill as he arrived at the event with a woman that I later learned was his wife. I specifically recall Godshall asking O’Neill if the woman with him was his wife,” Castor said.

“This caused O’Neill to angrily accuse me, and the entire group, of running a smear campaign and trying to ruin his marriage and life. I remember O’Neill’s wife saying similar things at that time. They both reacted with what I thought was overly dramatic gestures and language,” he said.

“There’s no question in my mind that O’Neill blamed me and my political supporters for raising his marital infidelity in a smear campaign to defeat him,” Castor said.

“It is my belief that O’Neill has never forgiven me for this.”