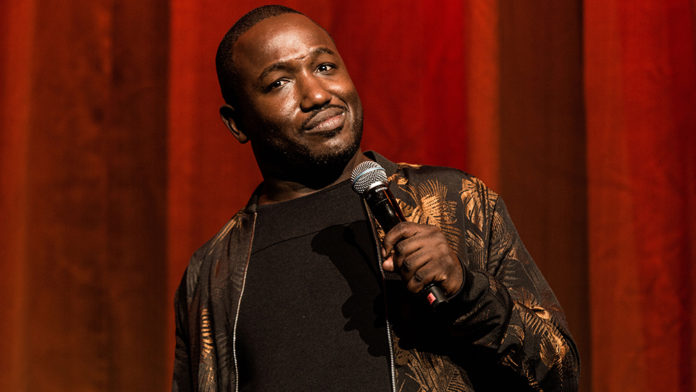 Hannibal Buress is most known for reminding everyone that Bill Cosby has a long history of sexual assault. However, this past Saturday, at Loyola University in Chicago, the comedian got shut down for jokes that reportedly went too far.

Just five minutes into his set, Buress’ mic was shut off due to a joke about the pedophilia and the Catholic church — Loyola University is a Catholic University. The Loyola Phoenix reports, Buress  showed the audience an email from the Jesuit university’s administration, which said he could not make jokes about “rape, sexual assault, race, sexual orientation/gender,” or “illegal drugs.”

Buress wasn’t too happy and said to the crowd, “Bitch ass old people, I can project. Y’all f*ck kids, right?” His mic was immediately turned off. Loyal Phoenix reported, “After making a comment referencing priests’ molestation of children, Buress’ microphone cut out. The upset crowd booed but eventually quieted so Buress could perform without a microphone. The background music’s volume was reportedly increased.”

The crowd reportedly started chanting, “We want Hanibal!” One student told the outlet, “I literally thought like I was about to witness a riot, and I was ready to participate. Also it’s wild that Loyola preaches about speaking up and speaking out but they’re gonna censor someone doing just that, like that’s wild. Also I’m really impressed with all the Loyola kids that stood their ground and refused to leave without an explanation.”

The comedian returned to the stage 15 minutes later and finished his set.  Loyola University should do a little more research before booking comedians — Buress has always been outspoken about censorship.