DefenderNetwork.com
Home ENTERTAINMENT Celebrity Jay-Z and Beyoncé sever ties once and for all with Kanye and... 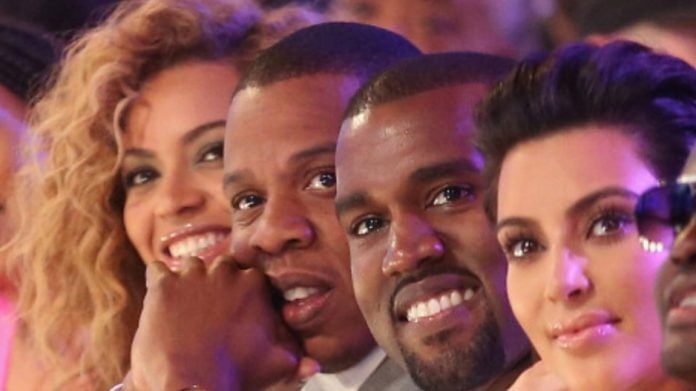 Jay-Z and Beyoncé are no longer friends with the Kanye West and Kim Kardashian West, according to RadarOnline.com.

The superstar icon, 37, and her rap mogul hubby, 48, have longed been politically active backing former President Barack Obama, former Sec. of State Hillary Clinton and other members of the Democratic Party. They are reportedly “sick” of West’s political antics and “bull***t” theatrics with Donald Trump, forcing the Carters to make the decision to no longer associate with the Wests.

“They are outraged over Kanye’s recent political rants,” a source close to the “Irreplaceable” singer said, told RadarOnline.

Kardashian, 37, and West, 41, have made desperate attempts over the years to befriend Jay-Z and Beyoncé. But after Kardashian’s most recent visit to the White House to discuss prison reform, followed by her troubled hubby’s SNL appearance last week, the source told RadarOnline that the friendship is irrevocably broken.

“They think Kanye is a disgrace, and is only doing this for attention,” the source said adding, “Beyonce and Jay Z know that Kanye is seeing a future in politics, but they feel that they cannot associate themselves with them from this point forward. They want Jay-Z and West were once close friends and collaborators, but when West called out Jay and Beyoncé onstage at one of his concerts in 2016, things quickly fell apart. It seemed like things were getting better after the Carters reportedly bought Kardashian and West’s youngest baby girl, Chicago, a $26,000 bracelet after she was born earlier this year, according to Radar.

In Jay-Z’s 4:44, he dissses Kanye for his controversial antics.

But you ain’t a saint, this ain’t kumbaye

But you got hurt because you did cool by ‘Ye

You gave him 20 million without blinkin’

F**k wrong with everybody?” is what you sayin’

But if everybody’s crazy, you’re the one that’s insane…”