DefenderNetwork.com
Home ENTERTAINMENT Celebrity Jay-Z reveals why he and Beyoncé sat during anthem at Super Bowl 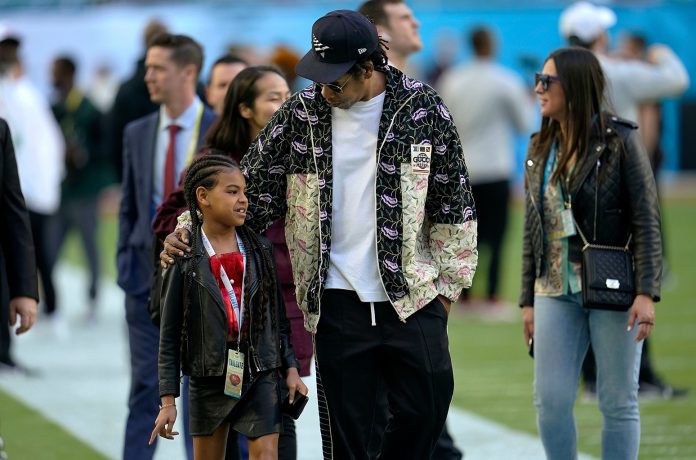 Jay-Z revealed why he and Beyoncé didn’t stand for Demi Lovato’s performance of the national anthem at the Super Bowl on Sunday.

And, according to the hip-hop mogul, sitting during the anthem wasn’t supposed to convey a political message ahead of the Kansas City Chiefs victory over the San Francisco 49ers.

“It actually wasn’t. Sorry. It really wasn’t,” the rapper said during the first of the “Shawn ‘Jay-Z’ Carter Lecture Series” at Columbia University on Tuesday.

“It was not premeditated at all,” he continued, adding that TMZ — which first shared video footage of the couple in their seats — “can tell you anything without speaking to me. I need to tell you, if it was me, I would say, ‘Yes, that’s what I’ve done,’ and I think people would know that about me.”

The power couple’s sit-down came under intense scrutiny. Many people on social media suggested it was a show of solidarity with former 49ers quarterback Colin Kaepernick, whose kneeling during the anthem to protest racial injustice prompted a wave of similar demonstrations and drew the ire of President Donald Trump.

But Jay-Z, whose Roc Nation co-produced the halftime show as part of its controversial partnership deal with the NFL, insisted he didn’t stand on Sunday because he’d jumped “into artist mode” and was focused on the quality of the sound in the performance.

So the whole time we’re sitting there, we’re talking about the performance, and then right after that, Demi comes out and we’re talking about how beautiful she looked, and how she sounds and what she’s going through and her life. For her to be on the stage, we were so proud of her. And then it finished and then my phone rang. And it was like, ‘You know you didn’t just (stand for the anthem).’ I’m like, ‘What?’

To bolster his story, Jay-Z said that if there had been a plan for the couple to protest, their 8-year-old daughter Blue Ivy would have given the game away by constantly asking when they were going to do it.

“We were making the biggest, loudest protest of all,” Jay-Z added, citing the halftime performances of Shakira and Jennifer Lopez, which took a swipe at President Donald Trump’s anti-immigration policies.

“Given the context, I didn’t have to make a silent protest,” he added.