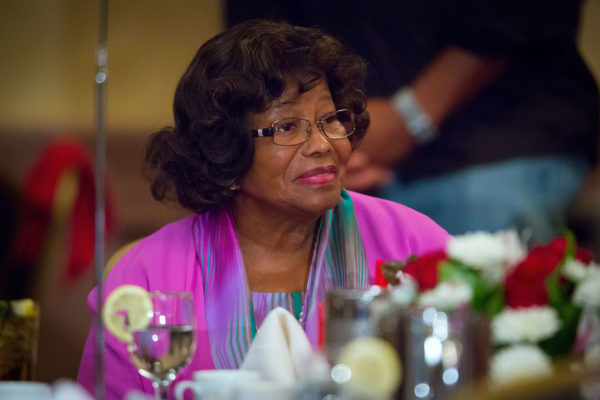 A new rumor has emerged concerning the supposed declining health of Katherine Jackson and how her children are competing to get her money.

The claims emerged in a Dec. 6 article by Radar Online, which alleges 88-year-old Jackson is in “dire condition” and is in need brain surgery.

“Now everybody in the family is jockeying for position!” a sourced claimed to the website.

Despite her representatives denying it, the rumor claims Jackson suffered from headaches so severe she had to be hospitalized for a week this summer.

“Her doctor thought she had a stroke,” a source claimed. “More tests were conducted to see if her condition might be something even more serious — like a brain tumor.”

According to the insider, doctors found a cyst the size of a golf ball in her brain. They decided the Jackson family matriarch needed immediate surgery.

An April report from Radar claimed Jackson was rushed to the hospital that month after suffering a stroke that made it hard for her to see or talk. And since her husband Joe Jackson died of cancer in July, Katherine’s health has allegedly gotten worse.

As such, Radar claims her children are trying to secure their bags before the famed mother of Michael Jackson and Janet Jackson passes away. They also want their money situations set up following her death.

An insider claims Katherine is responsible for paying for several of her children and some grandchildren. Daughters La Toya Jackson, 62, and Rebbie Jackson, 68 are said to get a combined $37,000 a month. Her 64-year-old son Jermaine Jackson allegedly gets $12,000 monthly and some of his and Randy Jackson’s children get $10,000 to cover their rent.

A TMZ report from May 2017 said Katherine gets a $67,000 monthly stipend from the late Michael’s estate and nearly all of it goes toward helping her family.

“Some of those people want her to live so they can stay on the gravy train,” an insider claims. “Others would like to see her go, thinking they’ll get even more from her estate!”