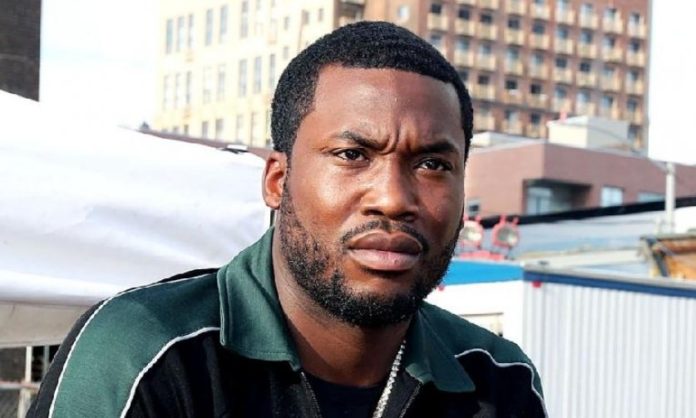 The lawyer for the judge in the Meek Mill case is going after Amazon and Roc Nation claiming they secretly taped him after they agreed he could go off-the-record, TMZ is reporting.

Charles Peruto has filed legal documentation that is the precursor to the actual filing of a lawsuit against the two giants, who were producing a documentary about Mill, TMZ reports. Peruto represents Judge Genece Brinkley, whose actions have drawn criticisms of being biased against the rapper.

As Peruto was being interviewed, he signaled for cameras to be turned off so that he could go off-the-record, according to TMZ. But while the cameraman turned his equipment toward the wall, he did not turn it off, allowing it to continue to record audio, TMZ reports.

The audio was leaked and in it, Peruto is heard saying that Brinkley looked “f—ing awful” and that she should have freed Mill and granted him a new trial.

Brinkley sent Mill to prison in 2017 for two to four years on a probation violation tied to a 2007 arrest, but the sentence was tossed in April after the Philadelphia district attorney’s office said the arresting officer had a history of performance problems. Mill became a cause celebre during his months behind bars.

Mill was freed from prison in April after his sentence was tossed, but the judge that some allege has a personal grudge against him is saying his case is not over yet.

Prosecutors agreed Mill should have a new trial in the case, but Brinkley would not budge. Earlier published reports have suggested her tough stance on the rapper is rooted in a personal grudge but that has not been proven.

In the anticipated lawsuit, Peruto is expected to assert that the audio of him was edited in such a way so as to make him look bad, according to TMZ. The lawyer has pointed out that he also said in the interview that Brinkley followed the letter of the law, but that part was edited out, according to TMZ.