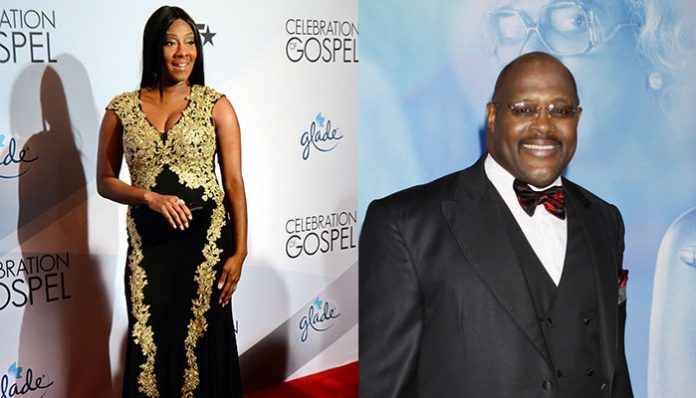 Gospel singer Le’Andria Johnson recently dropped a couple of pearl-clutching videos explaining why her performance at the Essence Music Festival was canceled over the weekend.

The singer was part of the tribute honoring the legendary Dottie Peoples but she was dropped like a bad habit after calling out Marvin Winans and saying ‘F*ck’ the church in live video rant.

One Lipstick Alley reader noted: “I thought she had gotten her shit together and was staying off of social media. Her drunk Periscopes were legendary. She used to make a complete and utter fool of herself.”

Another observed, “So, basically she’s upset because people don’t want her smoking, drinking, and cussing up in their church whilst leading praise and worship.”

And yet another watched the clips and concluded: “It appears she is abusing alcohol and may be bipolar the way she keeps going off, the church may have it’s faults but she is not able to function without getting mad and twitter rants, she’s the blame.”

See the videos below: