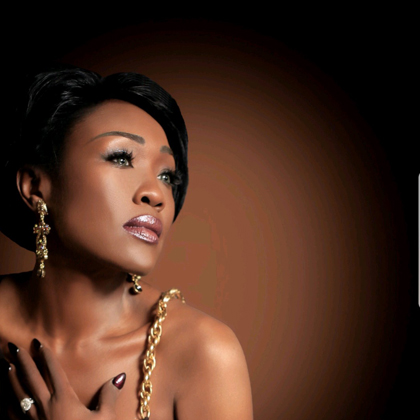 On Valentine’s Day – Wednesday, Feb. 14 – a Houston mother will offer an act of love for the well-being of her son who stands in need of costly surgeries after suffering horrific, life-altering injuries. This mother, award-winning vocalist Mary Griffin, is hoping this act, the “Love for Schuur” concert, will help assist her son Orlando’s recovery efforts.

“Love for Schuur” is a tribute to two-time Grammy Award Winner and jazz great Diane Schuur. Griffin, along with “Great Day Houston” Deborah Duncan, will pay homage to Schuur, also known as “Deedles,” by singing her songs in tribute to the legend.

Schuur will close the show with several of her hits including “Deedles Blues,” “My Funny Valentine” and her iconic acapella rendition of “Over the Rainbow.” All profits from the event will go toward the reconstructive surgery and care of Orlando.

The Defender spoke with Griffin about her son and the concert.

Defender: What specifically happened to your son?

Mary Griffin: Orlando moved to Vegas to pursue his MMA fighting career.  After four fights, preparing for his fifth, he was asked to do a demonstration fight for the Children’s Cancer Society.  This was a demo fight, to demonstrate the moves and techniques in his discipline.  Unfortunately, he was matched with a street fighter from Hawaii, who did not play by the rules.

The street fighter took the fight seriously and after his second reprimand by the referee, he grabbed Orlando’s head and rammed it into his knee, breaking Orlando’s facial bone structure, nose, eye sockets both orbital bones, etc.  The fight was called and Orlando left the ring, dazed and without support from the cancer society or the fight organization.  A friend drove him to the hospital, where they began to understand the extent of the injuries. Defender: How is your son right now, physically and emotionally?

Griffin: Orlando has basically been in solitary confinement since October 2014.  He is depressed, suffering from his injuries, unable to work.  Brain damage has been assessed by physicians in Vegas. Too put it frankly, Orlando is broken.

Defender: What is your hope for this concert?

Griffin: We hope to raise $5,000 to $10,000.  The cost of the next surgery is $55,000 cash and we’ve negotiated the contracted surgeons down to $45,000 and we have paid a $5,000 deposit but need much more to get Orlando the surgery he so desperately needs.  Then of course he has the convalescence costs of probably six months of rent, food, and medicine plus travel and hotel to go to LA for follow up. I estimate this all to be another $50,000 or so.

Defender: For those who can’t attend the concert, how can they help?

Griffin: Any donation to Orlando’s GoFundMe will be hugely appreciated.  I looked at setting up a 501c charity, but the law does not permit using 501c distributions for family causes. So funds raised go to my company, which then funds Orlando’s expenses which he can write off against his medical expenses.

Defender: How are you holding up through this ordeal?

Griffin: This is the most stressful, heart-breaking situation I have ever been through, knowing what he can be, and seeing where he is at today.  Two surgeries down and one more to go.  Every day, I pray for his mental, physical health and wellbeing and trust the legal system and courts will come through with a judgement that gets Orlando compensated and back on his feet.