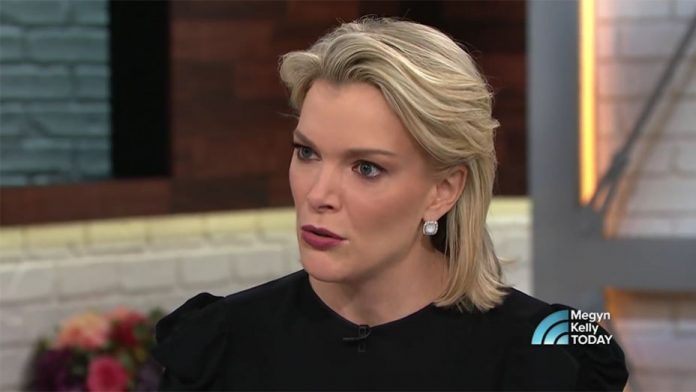 Megyn Kelly is expected to wind down her 9 a.m. Today show hour by the end of the season, a source close to the situation tells The Hollywood Reporter.

Sources tell THR that Kelly has met with network executives in recent weeks to discuss the future of the show and expressed a desire to cover more news and politics. It’s unclear what NBC News would put in place of Kelly’s show. But the discussions are at least an acknowledgement that the experiment is not working and that Kelly would prefer to be covering more news as she did with the Brett Kavanaugh hearings.

Kelly has grappled with hard-news topics, including the #MeToo allegations against a series of powerful men. But her show is in a typically soft daypart, and she has often seemed to chafe at the lighter requirements of the job. Kelly met with NBC News chairman Andy Lack well before the controversy over her recent blackface comments erupted. But her clumsy comments about blackface on Tuesday’s Megyn Kelly Today — for which she apologized — have only exacerbated the situation.

The backlash was immediate. And the controversy was covered in segments on the NBC Nightly News With Lester Holt on Tuesday evening and also Wednesday morning on the flagship edition of Today. On Today, Craig Melvin characterized her comments — in which she posited that it was acceptable to dress in blackface for Halloween if one were in character as a black person — “racist and ignorant.” Al Roker said that Kelly “owes a bigger apology to folks of color around the country.” He reiterated the remarks on Twitter.

At a town hall with NBC News employees on Wednesday, Lack expressed dismay at Kelly’s remarks.

“There is no other way to put this, but I condemn those remarks — there is no place on our air or in this workplace for them. Very unfortunate,” Lack said at the town hall. “I think that Nightlycovered the story well last night and appropriately so. I think this morning on the Today show, the team did an excellent job covering it properly. I thought Craig [Melvin] and Al [Roker] brought a thoughtfulness and a context to it that was sorely missing, and they really did this company and our audience a real public service. And that is the Today show and Nightly at their very best.”

Added Lack, “As we go forward, my highest priority remains, and as we sort through this with Megyn, let there be no doubt that this is a workplace in which you need to be proud and in which we respect each other in all the ways we know is foundational to who we are.”

Kelly has been under tremendous scrutiny since jumping from Fox News to NBC in early 2017 for a salary reportedly worth close to $20 million annually. Her exit came in the wake of widespread harassment allegations that forced the late Fox News chief Roger Ailes to resign, At Fox News, Kelly had built a reputation as a prosecutorial interviewer who sparred with then-GOP presidential candidate Donald Trump, earning her admiration and plaudits. But observers also questioned how she would adjust to the fluffier confines of morning TV.