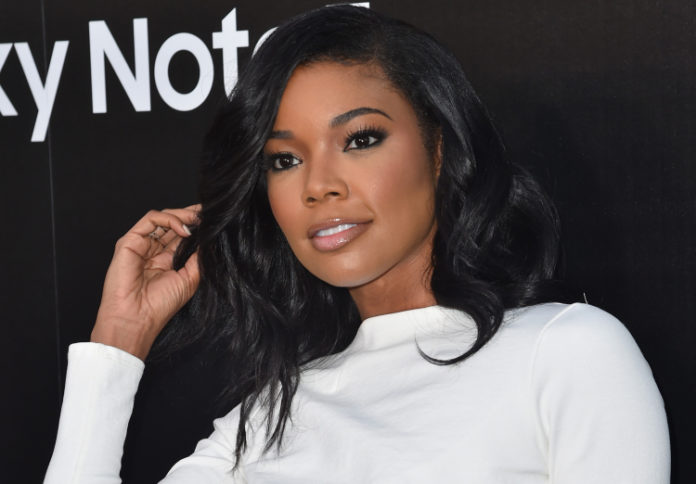 Gabrielle Union unapologetically used her voice to speak out against discrimination and toxic culture on the set of NBC’s “America’s Got Talent.” However, instead of the network implementing measures to ensure the safety of their staff, or even imposing policies that allow employees to feel supported, empowered, and protected, Union – who according to Nielsen Social, doubled the program’s social media engagement to 25 million by September, was fired.

Sources said that Union pushed for accountability and urged producers to inform human resources about several offensive and insensitive jokes made on set. In fact, in April of this year, Jay Leno was a guest host on the show and made a racist joke about Koreans. During taping, Leno joked about a painting on display in the hallway of Simon Cowell, the show’s executive producer and judge, being surrounded by his dogs. He said that the pets looked like something that would be “on the menu at a Korean restaurant,” Variety reports.

Members of the staff took issue with Leno’s offensive “joke.” According to Variety, there are “very few Asian staffers,” and one of the few were present when Leno said the line during filming. Leno’s joke seemingly perpetuated the stereotype about Asians consuming dog meat. Union, who was in her first season at ‘AGT,’ pushed for producers to report the joke to human resources at NBC. Insiders said that Union’s argument was to make production aware about the insensitivity of the joke, and why it might offend the staff and audience. The joke being reported to human resources was specifically mentioned to an NBC executive, but sources say the issue was never extended beyond a mere conversation.

The line was eventually cut from the episode when it aired in August.

Insiders firmly state that “America’s Got Talent” operates within a toxic culture. Ironically, Union’s contract – also Julianne Hough’s, was not renewed following her push for accountability when discrimination took place on set, while higher-ups tip-toed or even turned a blind eye when it was demanded that actions were taken. To no one’s surprise, the network claims that the “judging and host line-up has been regularly refreshed over the years.”

NBC and “America’s Got Talent” producer Fremantle said in a joint statement, “‘America’s Got Talent’ has a long history of inclusivity and diversity in both our talent and the acts championed by the show. The judging and host line-up has been regularly refreshed over the years and that is one of the reasons for AGT’s enduring popularity. NBC and the producers take any issues on set seriously.”

Simon Cowell and other hosts Howie Mandel and Terry Crews are expected to return for next season.

If you recall, this isn’t the first time “America’s Got Talent” has been called out for their insensitivity towards talent. Nick Cannon, who hosted the show for seven seasons, suddenly resigned in 2017 in a blistering Facebook post that chewed the network to shreds.

Apparently, during a comedy special for Showtime, Cannon made a joke about ‘AGT’’s “clean” image, revealing that he could no longer use the N-word in his routine.

“I was to be punished for a joke … My soul won’t allow me to be in business with corporations that attempt to frown on freedom of speech, censor artists, and question cultural choices,” Cannon wrote. “Not to get too detailed but this isn’t the first time executives have attempted to ‘put me in my place’ for so-called unruly actions.”

There was another instance where Union and other staffers voiced concerns about a white male performer who took things too far and portrayed Black artists on ‘AGT.’ The contestant did a number of wardrobe changes. One change in particular, he dressed as Beyoncé. Also, his hands appeared to be colored black, three witnesses to the audition said.

Union recommended the segment be removed from the lineup. Despite her immediate reaction to what many would call flat out racist, Union was met with “we’ll take it out later” from producers, which according to Variety is a “familiar refrain heard on the ‘AGT’ set.”

LoveBScott reported that Union’s complaints about problematic behavior on set allegedly resulted in her termination. An insider told the outlet, “Let’s just say they didn’t start the racism, homophobia, transphobia, Islamophobia etc. in season 14. They were quite comfortable with it all by the time Gabrielle got there. Remember Nick said ‘NBC stands for Ni*** Be Careful.”

Union and her husband Dwyane Wade broke their silence on social media this week after the news surfaced on Wednesday.

“So many tears, so much gratitude. THANK YOU! Just when you feel lost, adrift, alone… you got me up off the ground. Humbled and thankful, forever,” Union said.

“Men lie, Women lie, numbers don’t” Over this past year I’ve been approached by many people saying that my wife @itsgabrielleu is the main reason they’ve started watching #AGT or that they love her insight and sincerity on the show. So when i got the news that my wife was being fired—my first question was obviously why!? Iam still waiting on a good answer to that question. But if anyone knows @itsgabrielleu or have heard of her you know she’s an advocate for our community and culture,” Wade said in support of his wife. “As proud as i were of her being selected as a judge on #AGT— Iam even more proud of her standing up for what she stands for and that’s US. So [champagne glass emoji] to you @itsgabrielleu on not losing sight of the lessons we’ve talked about teaching our daughter and for kicking a** while you were on that platform. Number 1 judge on one of the biggest shows in the world.”

“Grey’s Anatomy” star Ellen Pompeo has called out NBC as well, name dropping Matt Lauer who was accused of sexual assault by multiple women while working for the network. She said, “ It’s unfortunate that @nbc the same network that protected disgusting men like Matt Lauer and punished women for speaking out or not putting up with it…has not changed their practices or culture. I support @itsgabrielleu commitment to speaking up to injustice. It takes courage.”

Jemele Hill weighed in on Union’s treatment and termination from the show, and her sentiments may resonate with many. “Black woman speaks up about discrimination, and is discarded with no support. In other words, business as usual,” she said.