DefenderNetwork.com
Home ENTERTAINMENT Ava DuVernay’s ‘When They See Us’ Scores The Most 2019 Emmy Nominations... 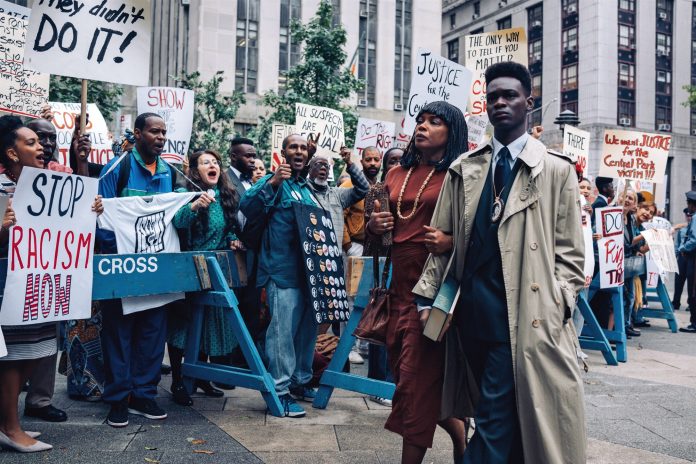 Ava DuVernay’s series “When They See Us,” which told the stories of five black and Latino men who were wrongly convicted of a brutal crime as teenagers, earned the most Emmy nominations for Netflix this year, The Hollywood Reporter reported.

The limited series scored 16 noms on Tuesday, which topped the list for the streaming service platform, which saw a total of 117 nominations across its series. Netflix came second to HBO, which had the highest number of nominations with 137. REAL LIFE. REAL NEWS. REAL VOICES.Help us tell more of the stories that matter from voices that too often remain unheard.Join HuffPost Plus

“When They See Us” was met with critical acclaim after it debuted on the streaming platform on May 31.

The scripted series put the spotlight on Antron McCray, Korey Wise, Kevin Richardson, Raymond Santana and Yusef Salaam, who were all wrongly convicted of crimes related to the brutal rape of a white 28-year-old female jogger in New York City’s Central Park in 1989.

“When They See Us” gave a voice to the five men, who for decades were widely referred to as the so-called Central Park Five. It also reignited widespread backlash against the media’s and the prosecution’s handling of the case. They each served time behind bars until their convictions were vacated in 2002.

Linda Fairstein, who was the chief Manhattan sex crimes prosecutor at the time the teens, aged 14 to 16, were interrogated in 1989, has come under renewed scrutiny after the release of the series.

The former prosecutor, who has written several mystery novels, has since been dropped from her publisher, Dutton, a division of Penguin Random House, and has resigned from a number of boards.

DuVernay responded to the Emmy nods by thanking Netflix on Twitter on Tuesday.

“Thank you @Netflix for believing in this story and letting me tell it the exact way I wanted,” she wrote. Appreciate the faith and the fearlessness.”

Neftlix comedy “Russian Doll” trailed behind “When They See Us” with 13 nominations. The 71st Primetime Emmy Awards will air live on Sept. 22 on Fox.