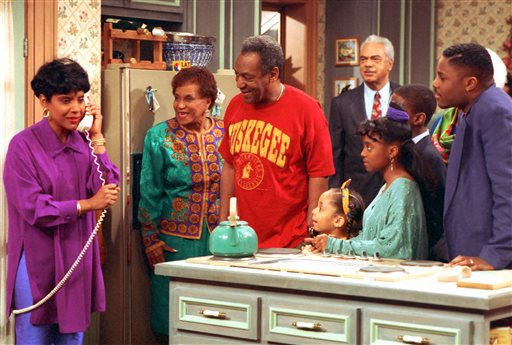 The Cosby Show has taken another hit, thanks to its maligned creator and star.

Hours after Bill Cosby’s expletive-filled guilty verdict in the retrial of his sexual assault case on Thursday, reruns of his iconic NBC sitcom were pulled from Bounce TV, one of the few places where the show was still available.

“Effective immediately, Bounce is removing ‘The Cosby Show’ from our schedule,” the network said Thursday in a statement.

Bounce bills itself as “the first 24/7 digital multicast broadcast network created to target African-Americans.” The channel was founded in April 2011 by equal rights activists Martin Luther King III and Andrew Young and launched in September 2011.

In addition to The Cosby Show, the network also ran episodes of the comedian’s 1990s CBS series Cosby, which it pulled in July 2015 when allegations of sexual assault against Cosby were publicized.

Cosby cursed out the prosecutor moments after he was found guilty on Thursday as lawyers argued over whether he should be allowed to remain free on bail.

“He has a plane,” District Attorney Kevin Steele told the judge, insisting Cosby was a flight risk.

That’s when Cosby stood up and screamed, “He doesn’t have a plane, you a–hole! That shows what you know!”

O’Neill ultimately ruled that Cosby could remain free on $1 million bail but must surrender his passport. He was ordered to stay in Montgomery County pending his sentencing, which was not scheduled.