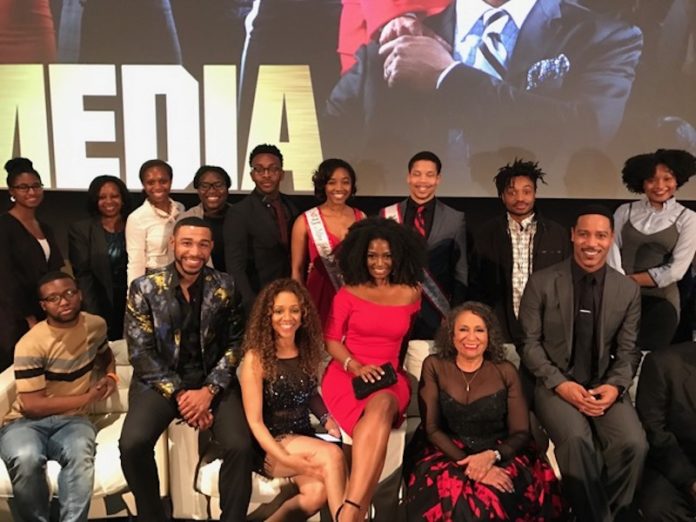 After transforming a Washington, D.C. AM radio station into a multi-million-dollar empire, Radio One and TV One founder Cathy Hughes is branching out into movie making.

“I feel that God has truly blessed me to be learning a new craft at this age,” said Hughes as she stood outside the AFI Silver theater, where she and cast members had a special viewing of the movie “MEDIA,” which airs Feb. 25 at 8 p.m. on TV One.

“MEDIA” is a made-for-TV film that tells the story of  “The Jones,” a wealthy media family led by a powerful matriarch who is determined to succeed despite threats from competitors and rivals from within and out of her inner circle.

Brian White, a talented actor who plays Michael Jones, son of matriarch Jackie Jones, said being cast in the movie allowed him to compare Hughes to  the strong women in his life.

Actress Penny Johnson Jerald, who plays the role of Jackie Jones, said, “I just want you to tune- in on Saturday night at 8 p.m. where you finally see strength and endurance and beauty. Celebrate your Blackness with us.”

While the movie airs Saturday night, Hughes and TV One officials are hoping that the movie can become a weekly show in the future.