DefenderNetwork.com
Home ENTERTAINMENT Forest Whitaker is The Godfather of Harlem 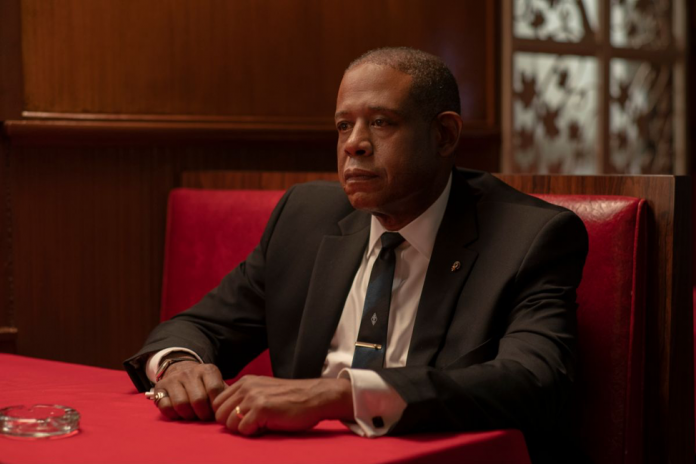 Johnson was a well-read career criminal originally born in South Carolina whose family moved to Harlem during his formative years. In the early 1930s he became the principal lieutenant to mob boss Stephani St. Claire, who was prominent in the numbers racket in Harlem. Johnson, nicknamed “Bumpy” for a large bump on his forehead, was beloved in Harlem for his generosity with the people.

Whitaker delivers an intense and introspective portrayal of the larger-than-life man, while also offering a unique perspective on some of the prominent players in Harlem who interacted with Johnson in his prime and colored his rich life story.

Whitaker talks about going back in time to recreate Harlem in the 1960s for the critically acclaimed series.

Defender: How did you come to get involved with this project?

Forest Whitacker: Markuann Smith and James Acheson came to me with an idea that they wanted to do something about Bumpy Johnson and so I said yeah, let’s explore it. And then we went and got Chris Brancato and Paul Eckstein to write a script, and they became the producers and the show runners. Once we did that, myself and Chris went in to talk to Michael Wright [the president] at EPIX.

Defender: Music almost seems to be an additional character in the show. Was that intentional?

Whitaker:I started to explain to them how I wanted the music to surround the project, using music from the time inside the scenes and score to augment the mythic quality, but then using contemporary music to sort of surround it to place us in the place that everybody understood that it was relevant to them right there, that they would be in a space that they knew was true. I think I was talking about a Chi-Lites song, “Have You Seen Her.” You know how it starts off with this long talk: One month ago today… walks to the movies… maybe to the park…I have a seat at the same old bench to watch the children play… tomorrow is their future, but to me it’s another day… I started talking about that, and relating it to rap, and then me and [Michael] started singing that particular song. It turns out that Michael Wright actually has his own band and he’s a singer! So that discussion led to what he decided to do in the room, which was to buy this project and do 10 episodes.

Defender: How did you prepare to play the role of Bumpy Johnson?

Whitaker: I think the first part of it started with just the research, because we were getting the script ready. So, I started studying him, reading stuff about him, reading prison reports about him, looking at what his wife wrote about him — you know, Mayme wrote a book— and trying to get that on.Then I came into New York and I started to interview some of the guys who worked with him, who were like mobsters alongside him, like Chisolm and Junebug and those guys. And then I went into Harlem and started interviewing people and then slowly he started to form. He was a chess player, he was a poet, and there were a lot of different things about his character that were very complicated. And then I just tried to let it all fall into place.