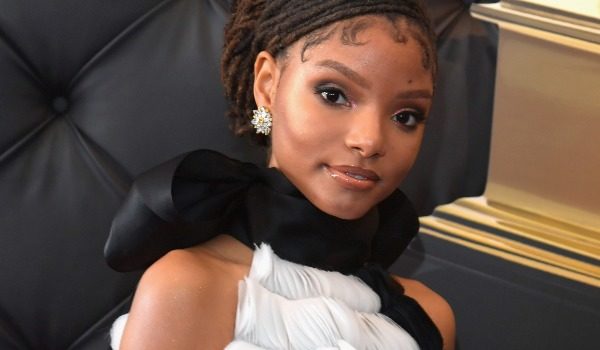 Singer Halle Bailey has been cast as Ariel in the live-action remake of “The Little Mermaid,” and the move has brought plenty of racist comments from people who were upset about it.

Bailey, who plays the character Sky Forster on the Freeform TV series “Grown-ish,” might be best known for being in the group Chloe x Halle with her sister Chloe Bailey. They were signed to Beyoncé‘s Parkwood Entertainment label after posting videos of themselves singing.

“The Little Mermaid” will mark Halle Bailey’s big screen debut, and it’ll also be the first time a woman of color has been cast as the lead in a Disney live-action remake.

“Dream come true,” she tweeted  about getting the role.

The director of the remake Rob Marshall also commented.

“After an extensive search, it was abundantly clear that Halle possesses that rare combination of spirit, heart, youth, innocence and substance — plus a glorious singing voice — all intrinsic qualities necessary to play this iconic role,” he said in a statement.

But despite a lot of people who said they were happy about the casting decision, there were still plenty of racist comments. The hashtag #notmyariel surfaced as well, because in the original 1989 animated film the character had pale skin and red hair.

“I’m sorry but being a little girl with red hair Ariel was a character I looked up to when I was growing up,” someone tweeted on Wednesday. “Very upset by the choice for the remake. I will not be going to see it, you’ve ruined it for me.”

“My childhood ruined #NotMyAriel,” wrote another.

“Are they making Ariel black?” a third person questioned. “Why though? If they’re doing a live action rendition of the Disney movie then it’d make sense that she’d be white.”

There was also a video of one woman throwing out a copy of the original version of “The Little Mermaid,” and she caught a social media beatdown afterward. That person’s Twitter account was also suspended after her post.

Meanwhile, many were initially confused when the singer’s name was announced for the role, since Halle Bailey sounds almost the same as Halle Berry. So amid the confusion, the actress sent a message to the 19-year-old and congratulated her.

“In case you needed a reminder… Halles get it DONE. Congratulations on this amazing opportunity, we can’t wait to see what you do!” wrote Berry on Wednesday.

“This means the world,” she wrote. “Happy to share names with you. Love you lots.”

And as for the racist trolls, they were hit with various responses from people who defended Bailey and the decision to cast her.

“Imagine being a little black girl going to the movies and not seeing anyone look like her,” someone wrote.”That was my childhood! I was forced to look up to actresses and princesses with pale skin, red hair, blonde hair, blue eyes!! You’ll be okay.”