DefenderNetwork.com
Home ENTERTAINMENT ‘Harriet’ exceeded expectations at the box office despite the backlash 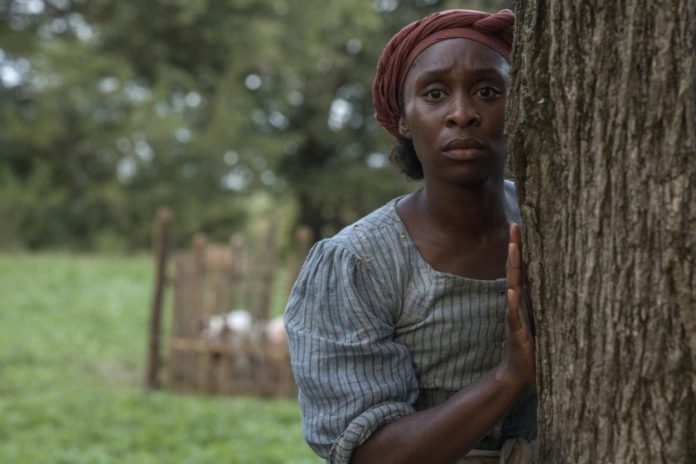 “Harriet,” the new Harriet Tubman biopic directed by Kasi Lemmons, hit theaters this weekend. But before the movie came out, there were critiques that it was historically incorrect and even calls to not see the film. Nonetheless, the film still brought in big money at the box office.

The Focus Features film brought in $12 million from 2,059 theaters, according to The Hollywood Reporter. That made “Harriet” the 13th-best opening ever for Focus. The film was only expected to bring in between $7.5 million to $9 million range.

“Audiences have been unanimous for their love of this film, which is clear from its A+ CinemaScore and 98 percent audience rating on Rotten Tomatoes With the story of one woman’s strength that literally changed the world we all live in today, it is the feel-great movie people are looking for — becoming an event for friends and families going to see together,” Focus distribution president Lisa Bunnell said in a statement.

The movie’s producer pushed back against some of the narratives about the film that have recently surfaced.

“This is not a slave movie,” Debra Martin Chase said. “This is a movie that says we cannot control the circumstances into which we are born, but we can control what we do once we get here.”

Those who went to see “Harriet” were a diverse mix of people, according to the Hollywood Reporter, which wrote that “African-Americans made up 49 percent of tickets buyers, followed by Caucasians (36 percent), Hispanics (8 percent) and Asian/other (7 percent), according to PostTrak. Nearly 60 percent of the audience was 35 and older, including almost 40 percent over 45.”

The film was accused by some of being a “white savior” movie, a label that wasn’t universally welcomed.

“Anyone calling Harriet a white savior movie (especially based on a trailer; I wish we would stop doing that) is grossly mischaracterizing it,” film critic K. Austin Collins tweeted. “It is by Kasi Lemmons— director of Eve’s Bayou — and is as mystical and strange as that film was. Ignore viral tweets. See it for yourself.”

Another Black critic, Soraya Nadia McDonald, tweeted, “Harriet, for all of its faults, does NOT have a white savior. *sighs* Twitter is wild yo.”

Brittney Cooper, a professor at Rutgers University, tweeted, “For their (sic) to be a white savior, y’all, the white person would have to had saved her. He was hunting her. He didn’t want to save her. And she escapes. She saves herself.”

She also added, “Have critiques. But remember that critics are armchair quarterbacks. It’s much harder to create than criticize. And I am a trained critic and I go hard with the best. But I know when to celebrate too. History teaches me when. Black women teach me when.”

Well, it looks the people have spoken and ignored the tweets. “Harriet” is a hit.