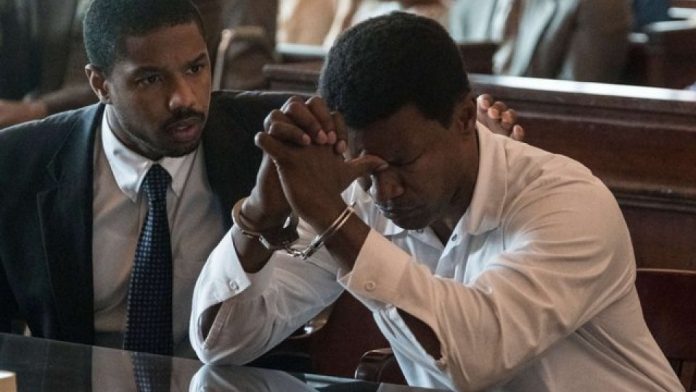 Going up against a lot of competition, a movie about a Montgomery-based lawyer working to get a man off death row, is holding its own.

“Just Mercy,” a movie about the Equal Justice Initiative’s Bryan Stevenson and his work to get Walter McMillian off Alabama’s death row, was released nationwide this past Friday and tied for fourth place at the domestic box office. According to Box Office Mojo, “Just Mercy” has already raked in over $10 million this weekend alone.

The biopic, which was partially shot in Montgomery, went up against many big movies this weekend, including “1917,” “Like a Boss” and “Underwater,” as well as the continuing success of “Star Wars: Episode IX- The Rise of Skywalker,” which was released during the holidays

Here were the top five movies at this weekend’s box office.