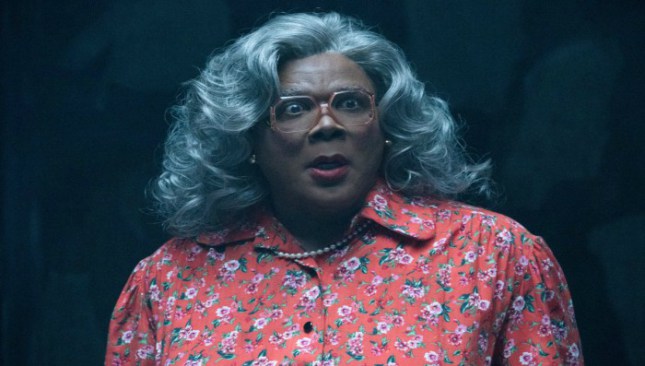 Fans have enjoyed 15 years of Madea movies, and Tyler Perry is finally “getting ready to put that broad down.”

The final Madea movie, Madea’s Family Funeral, hits select theaters tonight and will be available everywhere tomorrow. Perry calls the film “hysterical” and says it was about time somebody showed “the world what happens at Black funerals.”

Perry decided to retire Madea because he is “determined to not be her age and look like her and still playing her.” But he does have a new character named Heathrow  who he knows fans will love!

Before she leaves her fans Madea wants to finally share the identity of Cora’s real father. She says her dad is Tom Joyner and she’ll be moving to Miami to be with Tom because, “it’s just meant to be.”