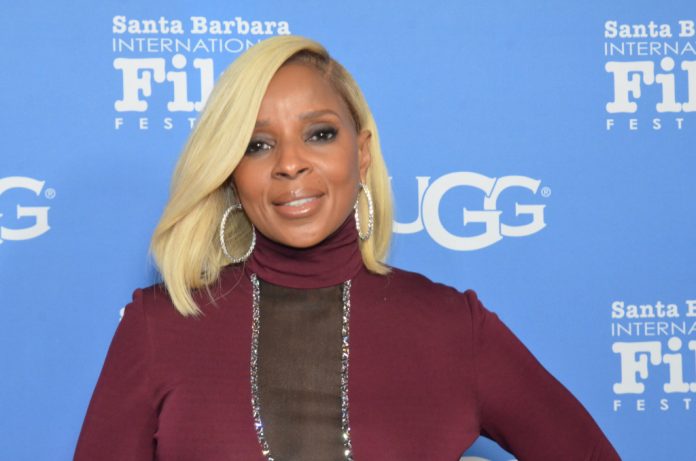 Mary J. Blige is slated to star in a spinoff series of Starz’s “Power,” the music icon announced.

The “Real Love” singer made the announcement with the series’ creator/co-showrunner Courtney Kemp and executive producer 50 Cent, at the show’s Television Critics Association press tour on Friday, Variety reported. REAL LIFE. REAL NEWS. REAL VOICES.Help us tell more of the stories that matter from voices that too often remain unheard.Support HuffPost

“This is probably the most exciting thing that’s going to happen to me this year,” Blige, who’s known as the Queen of Hip-Hop Soul, said onstage at the event, according to the publication. “I’ve been a fan of ‘Power’ since the very beginning and I want to thank Courtney Kemp and 50 Cent for starting this conversation with me.”

Blige, Kemp and 50 Cent, whose real name is Curtis Jackson, each celebrated the singer’s participation in the new series, “Power Book II: Ghost,” on Instagram.

“Yesterday we announced ‘Power Book II: Ghost,’ which will star @therealmaryjblige among other actors you know from @power_starz A dream come true,” Kemp wrote in a post’s caption on Saturday.

Talking about “Power,” Blige, a double Oscar nominee, said she can relate to the stories of the characters in the Starz original series, which premiered in 2014.

Blige currently stars in “The Umbrella Academy” on Netflix. Last month, the Grammy winner signed a first-look TV deal with Lionsgate to develop and produce TV series for the studio via her production company, Blue Butterfly Productions, THR reported.

The final season of “Power,” which will be split into two parts, will premiere on Aug. 25. The last five episodes are slated to air early next year, according to Variety.