DefenderNetwork.com
Home ENTERTAINMENT Steve Harvey’s Talk Show is Coming Back, and People Are Thrilled About... 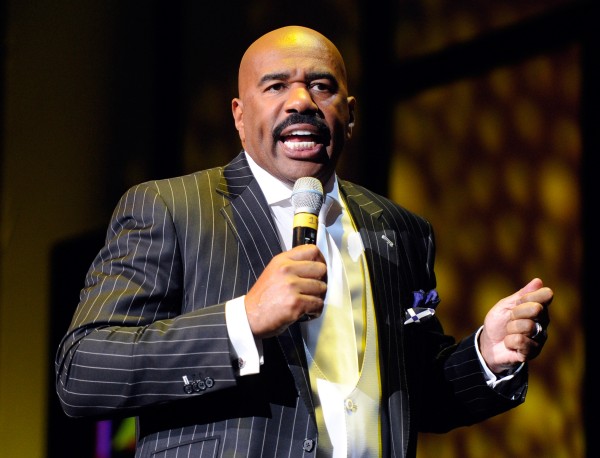 Steve Harvey‘s talk show is coming back, this time on Facebook Watch.

NBCUniversal canceled Harvey’s original show “Steve,” which went off the air in June, and gave his time slot to Kelly Clarkson and “The Kelly Clarkson Show.”

The 62-year-old’s new show is called “Steve on Watch,” and, just like before, he’ll talk to celebrities and non-celebrities while tackling the “everyday issues affecting his audience.”

The production company Endeavor Content has been shopping the talk show since it was taken off air, and Harvey said Facebook is the perfect platform to communicate with his audience. He also has his digital series “Still Rolling” on Facebook.

“Reaching my audience anywhere and everywhere they are has always been the goal,” said Harvey in a statement. “Facebook Watch viewers are the most energetic, engaged community and so are my amazing fans. Getting all those people to directly engage on a platform like this is the perfect evolution of the show.”

Variety reports that Harvey has already begun shooting segments of the show at Tyler Perry Studios in Atlanta between Dec. 3 and Dec. 6.

In fact, Harvey shared an Instagram video of himself and Perry back in October and wrote, “Just shot a special project there coming soon…… but y’all gotta go see it.”

The first leg of “Steve on Watch” will run for 10 weeks and have several segments each week. Since Harvey shared news of the new show on Instagram Story and Twitter folks didn’t waste any time showing how happy they are about his return.

“Yessssss, I knew it! I am so happy for you, they should have never taken it off,” one person wrote.

“I knew he was up to something cause my main man was too calm because he’s A saavy business man,” wrote another. “He’s very smart. I enjoy Steve Harvey. I’ve been fan For YRS.”

“Congratulations,” a third fan wrote. “Can’t wait to watch it.”

“Steve on Watch” will premiere on Jan. 6.