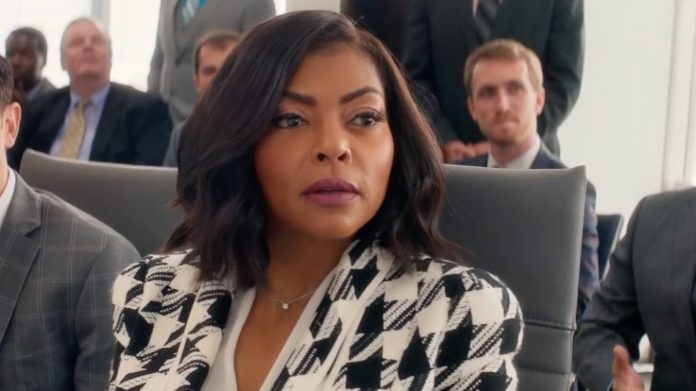 Taraji P. Henson is back on the big screen in a noteworthy performance in “What Men Want.” Henson plays Ali Davis, a sports agent working in a traditionally all-male world of sports as an agent, showing viewers what it’s like to hear voices that no one else hears.

Singer Erykah Badu, plays a psychic named Sister and Tracy Morgan stars as Joe “Dolla” Barry. There are also appearances by Grant Hill, Shaquille O’Neal and Lisa Leslie in the Will Packer-produced flick.

“What Men Want,” is a remake of the 2000 film “What Women Want” starring Mel Gibson and Helen Hunt, which had a mostly white cast outside of Loretta Devine.

Here, Henson dishes on the movie and how much fun she had filming.

Defender: How is this different from the original film?

Taraji P. Henson:Well, Mel [Gibson, in the original] was trying to take a woman’s job, so he was using his powers to get ahead. And it’s the same with Ali—she hates it at first; she doesn’t want it. But then when she goes back to Erykah [Badu]’s character, Sister, she says, “You’ve got to use that to your advantage, honey.” Then the light goes on in her head. She was never going to use it; someone had to tell her to use this to her advantage after getting passed over for a promotion. But of course, whenever you try to take a shortcut, like with anything in life, it blows up in your face, doesn’t it?

Defender: Did this project come to you, or did you have a hand in developing it?

Henson:It came to me. Brian Robbins, when he was president of Paramount Players [he is now President Of Nickelodeon], called me because I’d auditioned for him for Norbit. I remember that audition like it was yesterday because he was cracking up; he was so into me. But as luck would have it, Thandie Newton got it, but Brian remembered me years later. So years later, we’re both doing our thing, I’m doing Cookie and movies, and he called me and said “We want you to do this.” And that’s because he remembered me and how funny I was. And you have to remember, I’ve been doing dramatic roles.

Defender: This is a really physical comedy. Did you enjoy that?

Henson:I come from theater, so when I came into the film industry, the note was always “Can you make it a little smaller?” [laughs] And I grew up watching Carol Burnett, Lucille Ball, “Solid Gold,” Flip Wilson. Back then, we had a 13-inch, black-and-white tube television, so you had to get up on that thing. I was so intrigued with comedy, and I always wanted to see what their faces were doing, and my mom was like “You’re not made of glass. Sit down!” I guess because I grew up in the ‘hood—life in the ‘hood ain’t easy. I was an only child and didn’t have a lot of people to play with, so I had this really creative imagination. I just loved to laugh and loved comedy; it was an escape for me. I even talked my father into taking me to see Richard Pryor: Live on the Sunset Strip when I was nine. He said, “Don’t tell your mother.” That’s good stuff.

Defender: How do you choose films when you’re not doing “Empire?”

Henson:I’m always looking for what I’m going to be doing on my hiatus. I’ve been waiting my entire career to get things cracking like this, and finally it’s cracking. And I can’t sit down, which is why I don’t have a wedding date yet [Henson is engaged to former NFL player Kelvin Hayden]. The phone is ringing, baby. I love characters and character work, so if I get a script and I feel like it’s something I’ve never done before, I want to do it. If the script scares the sh*t out of me, I have to do it.