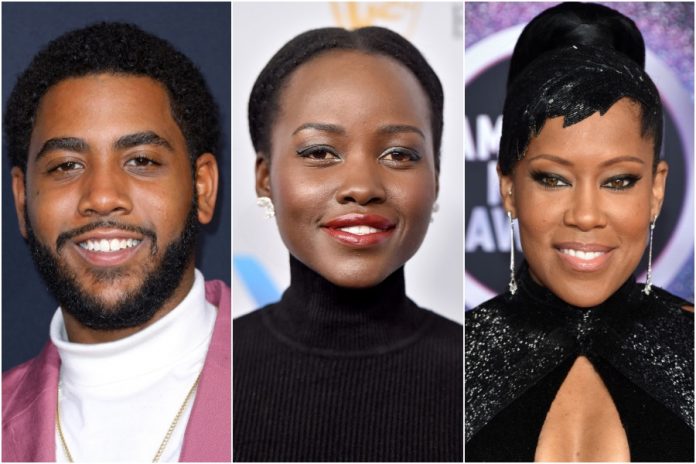 The 77th annual Golden Globe nominees were recently announced, launching a series of controversy and conversations around the fact that several stirring performances from Black actors and actresses were left out of consideration this year.

Billy Porter did snag a Best Actor in a television series nod for his role on FX’s Pose, along with Cynthia Erivo, who was double nominated for Best Actress as freedom fighter Harriet Tubman, and for Original Song. Eddie Murphy also was nominated in the comedy category for Best Actor after playing Rudy Ray Moore in Dolemite Is My Name,while Beyoncé snagged a Best Original Song nom for Spirit.

Among the performances that were overlooked include, Jharrel Jerome’s portrayal of Korey Wise in the story of the Exonorated Five, When They See Us, Ava Duvernay’s soul snatching work as director for said film, Lupita Nyong’o’s role as Adelaide Wilson and Red in Us, and Regina King’s stirring performance as the masked Angela Abar on HBO’s Watchmen. Porter’s cast mates in Posewere also not included, specifically lead actress MJ Rodriguez. The show is revered as groundbreaking television, bringing the stories of Black trans women and the ballroom scene into our homes on a weekly basis. Others also mentioned Zendaya’s portrayal as an anxiety riddled, yet sensitive recovering addict on Euphoria, and Alfre Woodard’s portrayal as a contemplative jail warden in Clemency. Not to mention that again this year, no female directors or writers were nominated in the Best Director or Best Screenplay categories.