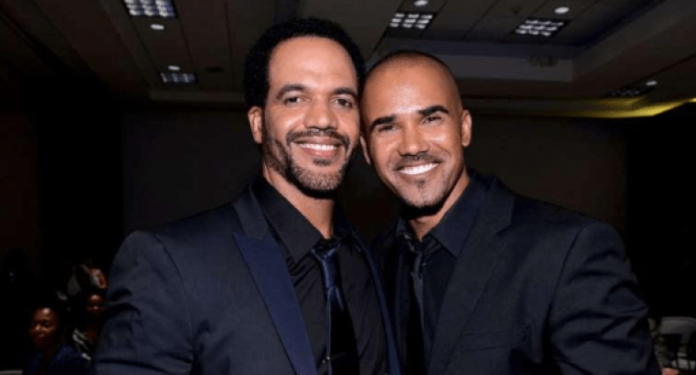 The Young & the Restless celebrated late actor Kristoff St. John’s — who died at age 52 on Feb. 3 — with an emotional tribute episode that aired this week.

“To work with him was effortless,” said Victoria Rowell, who gather on the set with co-stars including Shemar Moore to share fond memories of the actor and relive some of his most memorable scenes, MSN reports.

“I don’t imagine in my lifetime I will ever have a scene partner like him and certainly not for 14 years,” she added.

“He always made a point of asking how you were and what was going on with you and that you mattered,” series star Eileen Davidson recalled.

“He had such a love of life,” Y&R’s Melody Thomas Scott added. “Whenever I would go to a party or an event, first thing I wanted to know was, ‘Where’s Kristoff?’ Because I knew wherever he was, that’s where the fun was being had. I wanted to be encompassed in that. He never disappointed.”

“He had the strength to make the choice every day he came to work here to be joyful,” said co-star Bryton James.

St. John began his portrayal of Neil Winters on the long-running soap series in 1991, and Moore portrayed Neil’s brother Malcolm from 1994-2005. He recently reprised his role for the memorial service episode last week.

“He was an anchor for us as actors,” said Rowell. “And without Kristoff, we would not have had the legacy that was built.”

“I found something that I had sent him years ago,” added Doug Davidson. “These are not my words, but it reminded me of who is he is truly. It says, ‘The truly creative mind in any field is no more than this. A human creature born abnormally, inhumanely sensitive, to them, a touch is a blow, a sound is a noise, a misfortune is a tragedy, a joy is ecstasy, a friend is a lover and a lover is a god. And failure is death.”