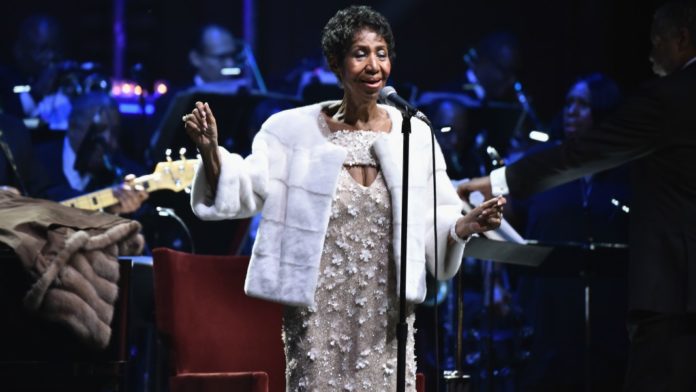 Aretha Franklin is still getting R-E-S-P-E-C-T after death: The Queen of Soul received the Pulitzer Prize Special Citation honor Monday, becoming the first individual woman to earn a special citation prize since the honor was first awarded in 1930.

The Pulitzer board said the award was given to Franklin for her indelible contribution to American music and culture for more than five decades.

Franklin died on Aug. 16 at her home in Detroit from pancreatic cancer at age 76.

The superstar musician was the first woman inducted into the Rock and Roll Hall of Fame when she entered the prestigious organization in 1987.

Franklin’s inclusion into the exclusive club re-confirms the impact her music — and voice — had and continues to have on the world.

Franklin became a cultural icon and genius of American song, considered by many to be the greatest popular vocalist of her time. Her voice transcended age, category and her own life.

She was professional singer and accomplished pianist by her late teens and a superstar by her mid-20s. Raised in Detroit, she recorded hundreds of tracks and had dozens of hits over the span of a half century, including 20 that reached No. 1 on the R&B charts.

But her reputation was defined by an extraordinary run of Top 10 smashes in the late 1960s, from the morning-after bliss of “(You Make Me Feel Like) A Natural Woman,” to the wised-up “Chain of Fools” to her unstoppable call for “Respect,” transforming Otis Redding’s song into a classic worldwide anthem — especially for the feminist and civil rights movements — making it one of the most recognizable and heard songs of all-time.

She sold millions of albums and won countless awards, including 18 Grammys, the National Medal of Arts and the Presidential Medal of Freedom, the nation’s highest civilian honor.