DefenderNetwork.com
Home ENTERTAINMENT Drake responds to his father’s claims that he faked their estranged relationship... 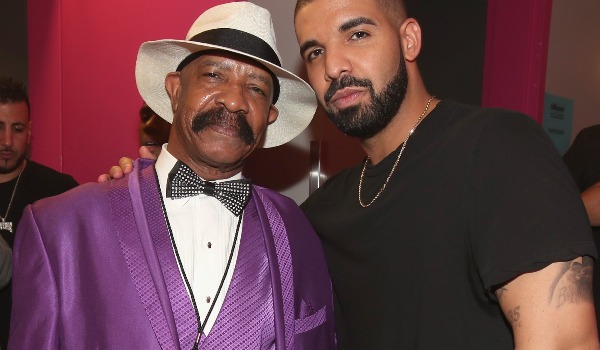 Both in his music and during interviews, Drake said his dad Dennis Graham was more absent from his childhood than present. Because Graham reportedly left Drake’s mother when the rapper was just 5 years old.

“I look forward to being a better father for the children that I have,” said Drake in a 2013 interview.

But during a visit to “Nick Cannon Mornings” on Power 106, Graham said that Drake lied about having an absentee father in order to sell more records. And in the beginning, it was something that really bothered him.

“I had a conversation with Drake about that,” Graham told Cannon. “I have always been with Drake. I talk to him if not every day, then every other day. We really got into a deep conversation about that. I said, ‘Drake, why are you saying all of this different stuff about me? This is not cool.’ He [said], ‘Dad, it sells records.’ OK, well cool.”

Drake responded to his dad’s words on Tuesday and denied that he made up lyrics about him to sell records.

“Woke today so hurt man,” wrote the Canadian lyricist. “My father will say anything to anyone that’s willing to listen to him. It’s sad when family gets like this but what can we really do that’s the people we are stuck with . . . every bar I ever spit was the truth and the truth is hard for some people to accept.”

Graham’s explanation seemed to spark some memories for Cannon about his dad and their relationship. Because according to the Power 106 host, he didn’t grow up with his father, and it took him a while to understand why that was the case.

“Even like my dad who’s one of my guys right now, one of my closest friends, there would be six months I wouldn’t speak to my dad as a kid growing up,” Cannon explained. “He lived in North Carolina and I lived out here on the West. As a grown man, ’cause I’m a father myself now, I understand where my dad was coming from.”

“He probably wanted to be there,” he added. “But he had other children, he was trying to become the man that he is today.”

Cannon has three children of his own and two with his ex-wife Mariah Carey.

But before Graham and Cannon talked about fatherhood, Graham said he was the person who exposed Drake to music.

“I showed him that side of life,” said the famous dad. “He’s always been around music. My family is all about music. My uncle Willie Mitchell discovered Al Green. … I took Drake with me and I used to let him shake tambourines with me on stage. … That instills something in a child.”

Graham didn’t respond to Drake’s claim that he was lying about being an absentee father, at least not publicly.