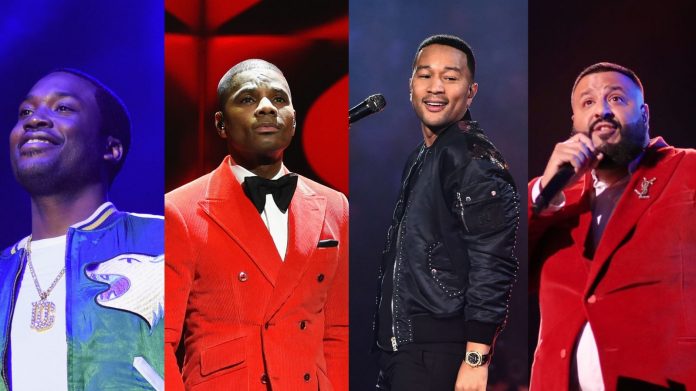 The biggest night in music is coming up and, of course, a special tribute to Nipsey Hussle is scheduled to take place.

Born Ermias Joseph Asghedom, Nipsey was shot and killed on March 31, 2019. He was 33 years old. His tragic death sent waves across South L.A. and the music industry, as a whole.

On Tuesday, the Recording Academy announced the all-star lineup for the much-anticipated tribute set to take place during the 62nd Annual Grammy Awards. The confirmed list of performers for Nipsey’s tribute includes:

“An activist, entrepreneur and rapper, Nipsey Hussle had a lasting impact on not just his community, but also the culture at large,” Ken Ehrlich, Grammy Awards executive producer, said. “There is no denying the influence he had and his legacy will be felt for generations to come. We are honored to bring together this amazing group of artists to celebrate Nipsey’s life and pay tribute to his many contributions to music. It’s sure to be a memorable performance.”

I’ll be sharing the stage with @KirkFranklin, @DJKhaled, @MeekMill, @RoddyRicch and @YG as we honor @NipseyHussle at this year’s GRAMMY Awards – 1/26 at 8pm ET on @CBS pic.twitter.com/qXtSbepk27

In addition to his tribute, Nipsey has three posthumous nominations, including Best Rap Performance, Best Rap Song (each for “Racks In The Middle”) and Best Rap/Sung Performance (“Higher”). The latter nominated song, “Higher”, featured tribute performers Khaled and Legend and was Nipsey’s last music video.

The rest of the ceremony will feature performances by H.E.R., Lizzo, Run DMC, Tyler The Creator, Charlie Wilson and more.