DefenderNetwork.com
Home ENTERTAINMENT How James Fortune found the will to ‘Dream Again’ after domestic violence... 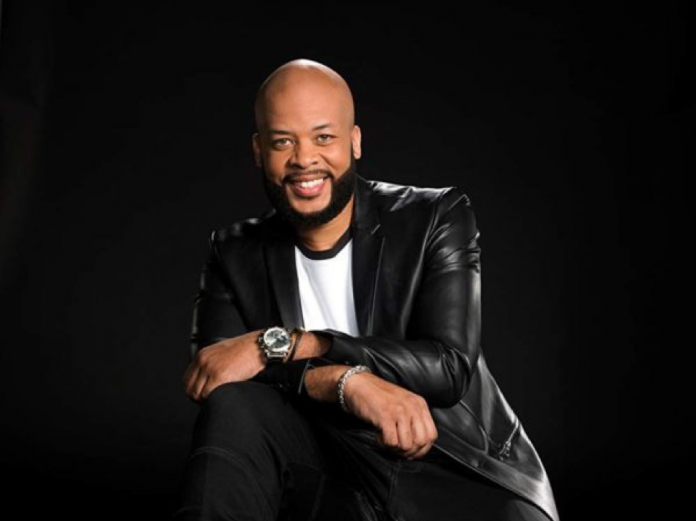 James Fortune has been through it. The gospel star weathered the storm of dealing with a domestic violence charge that transformed his personal life and threatened his career in 2014. But the vocalist managed to come back from that and just released his 10th studio album and it’s sure to uplift.

“Dream Again” is being released from FIYA World Entertainment Friday, Aug. 23 and listeners can expect to be inspired once they press play on the 12-song set.

“This album was written to inspire people to do just that: dream again,” he explains to Atlanta Black Star August 21. “I’ve talked to so many people who’ve stopped dreaming. They’ve begun to settle for mediocrity, an average lifestyle, an ordinary life. And I just don’t believe that God has called us to be ordinary. I believe he’s called us to be extraordinary. So I’m challenging people, I’m encouraging people to dream again — go after your dreams … It can still happen for you, it’s not too late.”

Fortune explained the idea for the song came from his pal worship leader Todd Galberth, who sent it over for Fortune’s last release, “Dear Future Me.” While it did not fit that albulm, Fortune felt it was “an amazing message” for his latest effort.

“When I’m beginning at first, I really have to sit down and spend a lot of alone time and say, ‘God, what do you want me to say this time?’” he says of the recording process. “This my 10th album! So I’ve said a lot. What is this message? And that’s where ‘Dream Again’ came from.”

Fortune has also gained the will to dream again following an October 2014 domestic violence incident that saw him admittedly lose his temper during a fight with then-wife Cheryl Fortune where he allegedly hit her with a wooden stool, kicked her and tossed her against a wall, according to investigators. By 2017, KTRK reported the gospel star pleaded guilty to a charge of third-degree felony assault-family violence. He was sentenced to serve five years of probation and a five-day stint in jail. Additionally, he was required to serve 175 hours of community service, and finish a “batterer’s intervention” program. The singer was also ordered to keep away from his wife, whom he has since divorced.

It was between the release of 2014’s “Live Through It” and this year’s “Dream Again” that the star was forced to grapple with that incident, for which he’s sought treatment.

“Going through the toughest season of my life and having to go through divorce because of my own actions and not understanding what abuse even was in relationships — it’s not just physical, it’s verbal, it’s mental, it’s emotional — I wasn’t able to climb out of that hole. Being separated from my wife and my children.

“It’s one thing to go through a storm by yourself but it’s different when the whole world knows about it,” he added, feeling he was the reason as to why he could only visit with his kids. “They don’t want to let you move past it — doesn’t matter. You go through the therapy, you get the help, you do what you need to do to make better decisions moving forward. But I was just stuck in that place.”

He said after going through independent counseling he decided to focus on the future, forgive himself and move forward.

“I think the hardest person to forgive is ourselves,” he said. “We can forgive other people and they do us wrong. Time after time we forgive ’em. But we hold ourselves hostage to what we’ve done in our past. We hold resentment toward ourselves and that’s where the whole ‘Dear Future Me’ message came from. It was moving past the past and realizing that even after a failure, you can still have a future.”

He added that while being raised in the church, where his father was a pastor, “I found my freedom, I found my deliverance with prayer — I believe you can have Jesus and a therapist.”

Fortune closed by encouraging fans to “go after that dream that God gave you, that book, that business, it’s not too late.”