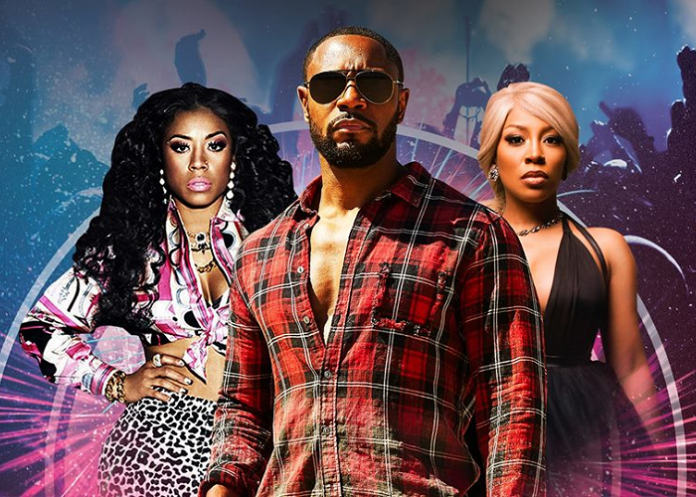 “I love my city; So when it came time for me to celebrate my birthday this year, I knew there was only one place in this world I could do it big. I’m coming home, and throwing the first ever Memorial Weekend Music Festival on my actual birthday, Sunday, May 26th,” Johnson said.

Johnson recently celebrated the birth of his third son, who he aptly named after the city he loves.

Tank, known for his hits “When We” and “I Can’t Make You Love Me,” says he had planned to take the holiday weekend off – until he got the call to do the show.

“I was gonna take this weekend off and celebrate with the family,” Tank said, “but I got a call from JeCaryous and he said ‘I need you there.” I thought about how H-Town has been good to me so I’m going to be there. The concert is going to be great.”

Johnson attended the University of Houston before moving to Los Angeles to pursue a career in entertainment. He is known forprevious stage productions such as, “Redemption of a Dogg” with Snoop Dogg, which premiered last year in Houston; and “Set It Off Live,” an adaptation of the 1996 film. He is best known for his hit stage plays, which have grossed over $85 million. He decided to branch out into concerts as well, while he prepares for an upcoming worldwide musical.”Survivor: The Destiny’s Child Musical” is scheduled for a 2020 premiere in Houston and will offer an “honest, behind-the-scenes look” at the creation of the girl group. It’s the brainchild of Mathew Knowles, father to Beyoncé, Solange and the group’s former manager.

“I am ecstatic to be working with Mr. Knowles on the development of Survivor: The Destiny’s Child Musical,” says Johnson. “It is a unique and inspiring story that will fearlessly tackle hard truths while bringing both vindication and healing to all who lived it. It’s fair, it’s real and it’s an absolute honor to know that Mr. Knowles trusts me to pen and produce such an iconic piece of American history.”

“I want to pull back the curtain,” Knowles said in a statement. “I feel it’s time to give the world an opportunity to hear, see and feel the victories and failures that I’ve had as a husband, father and manager who risked everything in pursuit of fulfilling dreams – those of mine and others.”