DefenderNetwork.com
Home ENTERTAINMENT Rapper Pop Smoke’s murder may have been a targeted hit 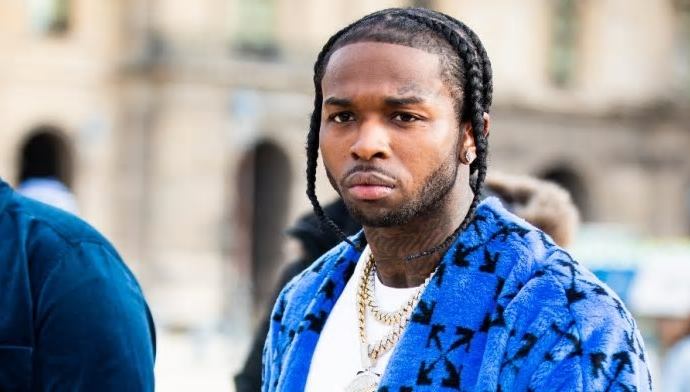 Rapper Pop Smoke was shot and killed in what now appears to be a targeted attack and not a home invasion according to sources claiming to have seen surveillance video.

TMZ reports that surveillance video, which has not been released to the public, shows four men approaching the Hollywood Hills house around 4:30 a.m. on Wednesday, and walking around to the back of the house. Several minutes later, three of the four men are seen on video returning to the front of the house while the fourth man “apparently walked in the backdoor,” according to TMZ. When the fourth man is spotted again, he is allegedly exiting out of the front door.

TMZ cites “sources” who go on to say multiple shots were fired killing Pop Smoke whose real name was Bashar Barakah Jackson. The sources say the video doesn’t back up claims that the hit was robbery-related because “the person inside the house—presumably the shooter—did not carry anything out.”

TMZ claims its sources viewed the surveillance footage “from outside” the home. Police are still investigating the crime and haven’t released the names of any suspects. Earlier in February, Pop Smoke released Meet the Woo Vol. 2. Last summer, his song “Welcome to the Party,” became a hit and was remixed by Nicki Minaj. The rapper also put out “Gatti,” with Travis Scott.

“We are devastated by the unexpected and tragic loss of Pop Smoke. Our prayers and thoughts go out to his family, friends and fans, as we mourn this loss together,” the statement read.
Rappers 50 Cent and Nicki Minaj also paid tribute to the 20-year-old on Instagram.

“No such thing as success without jealousy, treachery comes from those who are close. R.i.P,” 50 Cent posted on Instagram.

“The Bible tells us that jealousy is as cruel as the grave. Unbelievable. Rest In Peace, Pop,” Minaj posted on IG.